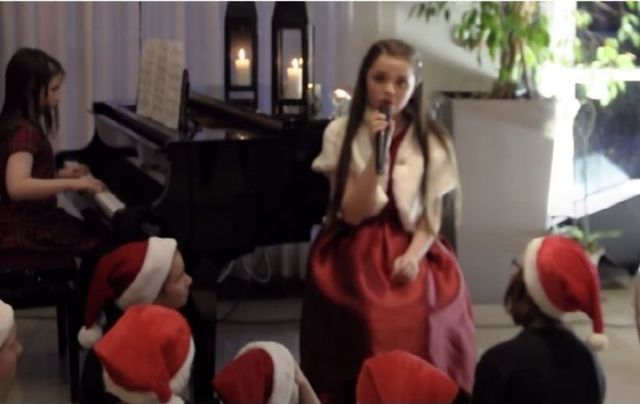 Video of Roddy's wonderful rendition of 'O, Holy Night,' which she performed to support APT, was shared in 2015.

"When she died, I asked all the men in the church to wear pink ties... when I was coming down the aisle behind her coffin, I was very moved to see all the pink ties,” he told the Irish Independent.

The organization offers financial assistance to parents of children diagnosed with cancer as well as a number of other initiatives, such as the “chemo duck,” to provide the children with a better quality of life.

"The chemo duck has his own Hickman line. It's transference – when they get their treatment, the duck gets it too. It's amazing how much more at ease the children they are,” Norman explained.

APT is currently working on a "dream with Aoibheann" pillow which will allow children to listen to their mp3 player or call their parents through their pillow.

"Some children are too weak to lift themselves up so this will allow them to talk to their parents lying on their pillow."

Hannah Roddy’s ‘O Holy Night’ featured as part of a radio campaign the charity was running in Ireland in the weeks before Christmas.

Norman believes the campaign was the "first of its kind in Ireland and one of the biggest in the world.”

Hannah has sung for APT events “every year since she was a little girl,” he said.

"We have two big parties for children every year in Dunboyne castle... and a Pink Tie Ball in April.”

Norman hopes the sound of Hannah's voice on the radio ad will send people to watch the video on Facebook and donate via text.

The aim, he says, is to “get APT more well-known.”

"On average 2-4 children will be diagnosed a week with cancer....the more awareness there is (of the charity), the more we can help.”

More information about the charity can be found on the APT Facebook page.