Capturing the wonder of an Irish boyhood in music

Sometimes when you look back, your kids' childhoods seem to have passed in the blink of an eye. 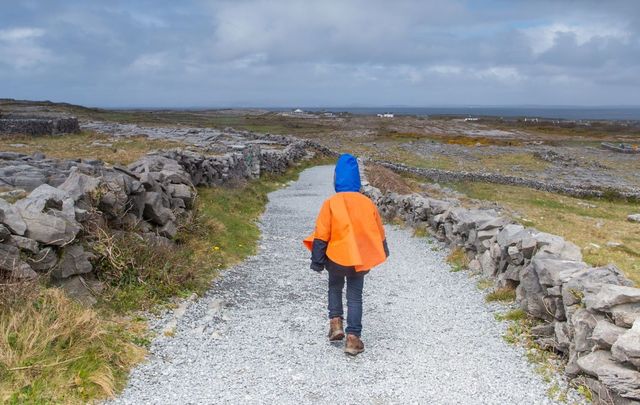 In the coming weeks and months, Kirwan and IrishCentral will look back album by album on the history of Black 47 and their rise to fame. Below is the seventh installment of the series about the creation of "Keltic Kids."

This album is dedicated to Arlo – a young boy I met at the Chicago Irish Festival back in the mid-’90s.  He was HIV positive and every extra year was a gift. Arlo grew up to be a fine young man who loved hip-hop, tats and lots of ink.  He had so much courage and I often think about him.

Keltic Kids is also for Johnny Byrne, one of the best friends a man could have.  I often wonder how our lives would have turned out if he hadn’t hauled his mattress out on my fire escape on a blazing NYC July night.  Johnny was a prince of a man and this album would not have happened without him. Thanks also to Rosanne Cash, a dear friend, who added so much with her inimitable vocals.

Read the first six installments of this series here:

Sometimes when you look back, your kids' childhoods seem to have passed in the blink of an eye. Where did all those long lovely days go? Sure, there were the hard times, the hassles, the fights, the tears, and the heartaches but there were so many beautiful moments that seemed like they would go on forever.

I wanted to capture those as best I could through making the Keltic Kids album when the boys were seven and five.

I also wanted to make a gift for those parents who had suffered through endless hours of the treacly patronizing children's music that we are all forced to listen to. I knew that my own kids and their friends had already developed an acute and generational sense of humor so why not acknowledge it.

Larry with Rosanne Cash who added vocals to the album. Image: Larry Kirwan.

I tried to imbue in my boys the sense of wonder that I felt at their age. My childhood was so different - I was allowed to wander around our small town and observe the goings on from an early age, whereas New York City didn't really afford that freedom. I had also spent much time on my grandparents' farm down on the wild South East corner of Ireland. People there still believed in leprechauns and all manner of ghosts and spirits. In days gone by pirates had cruised those waters; stories and legends had woven themselves into actual history and everyone was the better for it because imaginations were big and reality was less defined than it is nowadays.

I would never have recorded this album had it not been for Johnny Byrne, Black 47's soundman and recording engineer. I mentioned one night that I had written some songs for my kids. He insisted that we could record an album in my house, even with the boys underfoot and we did. We bought some decent equipment, laid down tracks with the acoustic guitar, invited in members of Black 47 and friends like Rosanne Cash and GE Smith, and had a ball in the process.

When it was all done we scheduled one last session to fix two little "mistakes." Then, Black 47 headed off to the Dublin Irish Festival in Ohio. In the middle of the night, the phone rang in my hotel room. Steve Duggan of Paddy Reilly's told me that Johnny had fallen from my apartment building and was in a coma. He passed away a couple of months later. I never fixed the "mistakes," and I've forgotten their nature. But I do think of Johnny every time I hear the album. It sounds perfect to me as it does to so many kids and parents who "grew up" enjoying it.

My own kids never really listened to it. I guess they heard the songs too often during its recording; then they became adolescents and were embarrassed that it was written about them. Maybe someday they'll play it to their own children.

In the meantime, there are songs on Keltic Kids for pirate boys, and kids who won't play with their brother; ditties about the boy who couldn't sleep, and Arlo the little hero from Chicago who beat the odds, along with tales of leprechauns, magic horses and daddies who are still rock & rollers.

Read the first six installments of this series here: