Ask 10 people from around the world for a word associated with Ireland and the Irish, and those that don’t respond with the name of a certain dark-colored beverage are almost certain to reply “luck” or “lucky.”

In partnership with:
NoDeposit365 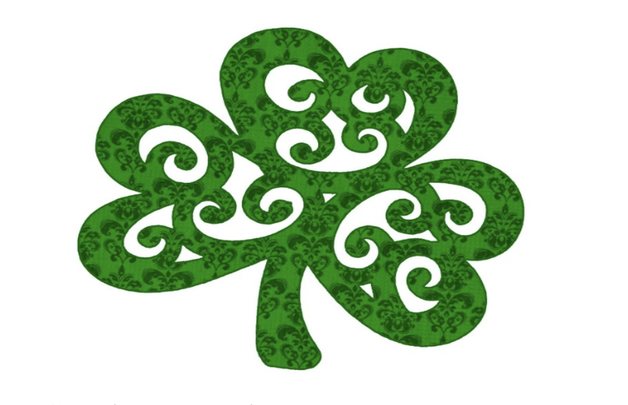 Yes, the luck of the Irish is quite literally the stuff of legends. But how much do you know of those legends themselves? Here, we take a dip into some of the charms, tales, and traditions that have been around for centuries bringing good fortune to the Celts.

Without further ado, let’s cut to the chase and think about the luck associated with currency itself. Money brings money, they say, and the concept of a “lucky penny” goes back centuries. Irish merchants used to hand customers a penny change to wish them good luck and success with whatever they had bought. So perhaps those prices ending in .99 are not just a cynical marketing ploy to make things appear cheaper, after all!

There’s also the rhyme Find a penny, pick it up. All-day long, you’ll have good luck, which we all heard as children, as did countless generations before us. This is also believed to derive from the Emerald Isle. Give it a try and see if it works for you – and once you’re feeling lucky, why not try it out first-hand in an Irish-themed casino? However, there is a caveat to this superstition, which states you should only pick up the penny if it is heads-up. Otherwise, the only luck it will bring is the bad sort.

We mentioned the famous dark liquid earlier, and we all know that a properly pulled pint will have the shape of a shamrock crafted into the head. But few people outside Ireland really understand what a shamrock is or why it is significant.

St Patrick is the Patron Saint of Ireland, and while his Saint’s Day is associated with fun and revelry, the man himself was an extremely pious Christian missionary, who lived in the fifth century. Shamrock is a type of clover, and St Patrick used it to illustrate the Holy Trinity of Father, Son, and Holy Ghost. His message was that by following his lessons, the devout and faithful would have lasting luck throughout their lives.

Patrick is not the only saint associated with the luck of the Irish. St Brigid was an early Christian nun, who was around at approximately the same time as St Patrick. There are numerous customs and legends that surround her, including the ability to miraculously transform water into beer.

But it is the lucky emblem of St Brigid’s cross that interests us here. During her work as a missionary, Brigid spread the Christian gospel far and wide. On one of her missions, she encountered a tribal chief who was on his deathbed and she made him a cross using rushes that were strewn on the floor. On receiving the religious symbol, the Chief apparently recovered from his delirium, and the experience convinced him to convert to Christianity without delay.

Here’s yet another symbol of Irish luck that will have a general familiarity but that few outside Ireland can truly explain. If you thought we were digging into ancient history with the saints, we must go back way further to pre-Christian times to explore the origins of Celtic knots.

A traditional Celtic knot looks highly complex, but there are actually a variety of types. The meaning behind every type of Celtic knot is one that transcends the pattern itself. The whole point is that the motif has no discernible beginning or end. Celts had a strong and profound belief in eternal life, and this was symbolized by Celtic knots.

Continuing a line meant progress, positive energy, and good fortune while breaking or terminating the line would break the flow of energy and bring bad luck. These are concepts that are highly relatable to us today, yet they date back thousands of years.

An cloc cosanta translates literally as “a lucky stone.” These good-luck charms have been around for centuries and are stones that have a natural hole in them. It is traditionally believed that they have the power to bring good luck and to ward off evil.

The hole makes the luck stone easy to carry on a thread around the neck or to hang on the wall at home. Among its more specific powers are the ability to revoke the “evil eye” by looking at whoever has cast it on you through the hole in the stone, and to turn it over in your hand to be relieved of anxiety.

The main purpose of the cloc cosanta, however, is to bring safety to travelers. It was commonly worn by warriors as they left their loved ones to go to battle, and there is even a theory that it is the precursor to the modern ring. It’s a compelling idea. After all, there is surely no journey more profound, or potentially hazardous, as the one into the realms of married life!