The Irish company moves to Lisbon because of the Portuguese city’s greater infrastructural standard. 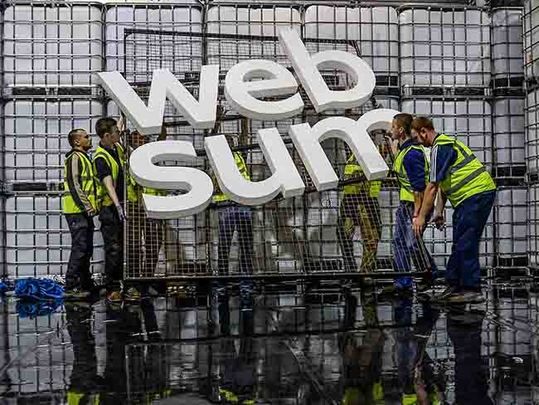 The Irish company moves to Lisbon because of the Portuguese city’s greater standard of infrastructure. Web Summit

Irish tech conference Web Summit announced this week they would be moving Europe’s largest technology event from Dublin to Lisbon next year, resulting in an estimated $112 million loss in revenue for the local Dublin economy.

The Portuguese government will be paying just $1.5 million a year to move the event, often dubbed “Glastonbury for Geeks,” to their own capital city, prompting questions as to why the Irish government did not do more to prevent the move.

The Web Summit’s organizers stated that the move is due to the quality of the infrastructure Lisbon can offer rather than money. CEO Paddy Cosgrave has previously commented that Dublin cannot provide the hotels, venues or transportation system needed by the ever-growing annual conference.

"We need a new home for future growth at Web Summit," Cosgrave said.

"Lisbon has the infrastructure and that is why we are making the move. We think it's the right one for our attendee experience."

Excited to announce #WebSummit is moving to Lisbon in 2016 http://t.co/njyaONRH03

"We're excited to move but also saddened about leaving Dublin," he continued. "It's a massive decision for us. We spent an enormous amount of time considering it carefully."

Although the event will be emigrating, the company is to retain its base in Dublin where it currently employs 130 people.

"That is not going to change," Cosgrave said. "We remain an Irish company. We will always be grateful for the support and encouragement we received from Dublin."

"My co-founders and I started Web Summit five years ago and it has grown beyond what I had thought possible."

"We are proud of the fact that we have become an important pillar of the global startup ecosystem and that 90% of our attendees come from abroad."

When questioned about the move, Irish Prime Minister (Taoiseach) Enda Kenny stated: “I think the authorities will look at the question of how they need to improve facilities for other events on other occasions."

The event has previously been used by policy makers as a means with which to market Dublin as a technology hub in Europe yet Cosgrave has criticized the facilities available to them. After last year’s summit, he revealed he was unhappy with the quality of wi-fi at the RDS venue and the availability and pricing of hotel rooms, in particular.

The move will not affect this November’s event, which will still take place in Ireland’s capital city; 30,000 attendees are expected. It is not yet known if the company will hold any events in Ireland in the following year, however.

Web Summit co-founder Daire Hickey was this week included in IrishCentral’s Top 40 Digital Influencers, taking part in a panel discussion with Handy founder Oisín Hanrahan where he encouraged Irish graduates to abandon companies in favor of start-ups such as Web Summit on graduation.

Some uncomfortable giggling at #ICDigitalInfluencers in NYC w/ q for Daire Hickey on today's "big news" re #websummit. Gracefully handled.