Notes From The Commish: Women, tech and hell 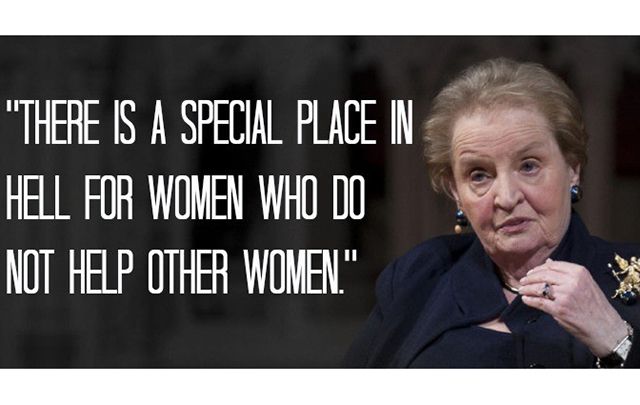 This week two years ago I wrote what became one of my most popular blog posts as Commish – about women, tech, and funding. Since then we’ve seen female founders like Nora Khaldi of Nuritas and Patricia Scanlon of Soap Box Labs break previous records for female funding levels in Ireland. And both of these ladies, along with many others, are just getting started. Here’s the piece from Feb 2015. Enjoy!

I presented last week to the government’s Joint Committee on Jobs, Enterprise and Innovation on Women in Tech and my role as Dublin Commissioner for Startups. I told them (and George Hook later that evening (starting @9.23min)) that the statistics around female entrepreneurs in Ireland are headed in the right direction: Since Enterprise Ireland started offering female-specific programmes in 2012, funding for women-led businesses has jumped from 7% to 23% (HPSU and CSF) in three years.  This is impressive by any standard and well above European and US averages.

Clearly, the end goal here is a time when female-specific programs are no longer needed, but that level playing field is still a long way off.

While women-led private technology companies achieve 35% higher return on investment new research in the US and UK shows that men are still 40% more likely than women to get approved for a bank loan. I’m guessing the picture in Ireland is no different in our banking or VC sector. We’ve only 5 female venture capitalists in the whole country, which is a concern in itself.

Women entrepreneurs are also known for being more deliberate, risk averse and conservative than their male counterparts as I found out for myself a couple of years back: I asked a mentor of mine at MIT for feedback on my investor deck. When she said I needed to increase my revenue projections by some serious multiples I got defensive and explained that these were the projections I was comfortable with. Her response was blunt and uncompromising: “Niamh, be like a man and pull the figures out of your ass!”.

These ladies run some of the hottest startups in the country and while they’re building global markets overseas they’re breaking down barriers at home for themselves and for the generations of smart, sassy women that will follow in their footsteps.

So, whether Madeleine Albright’s famous quote “There’s a special place in hell for women who don’t help each other” is right or not, I’m chuffed to be out there supporting and cheerleading for them!

This article originally featured on the Dublin Globe. You can read more from them here.