A sixth of the population of Ireland is now learning the Irish language via the popular phone app. 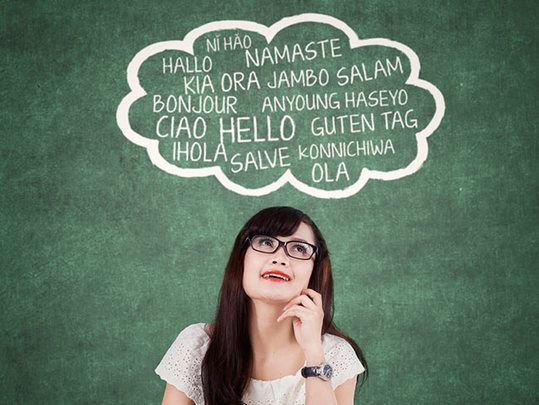 A sixth of the population of Ireland are now learning the language via the popular phone app. Getty images

The free language-learning phone app Duolingo has reached an incredible one million Irish language learners around the world!

It is just over a year since the Irish language course was released in August 2014, and the number of learners has shot to extraordinary heights, as the course creators celebrate their massive success.

The Irish language course was developed by previous users of Duolingo who petitioned to Duolingo to become involved in the Irish course when development began last year.

User and developer Alex, whose efforts account for almost half of the course, took to their blog to celebrate the latest milestone.

“This number blows my mind every time I think about it,” Alex writes.

“I mean, 1,000,000 people is hard to even start to comprehend! What is even more mind blowing is that this number was reached in just over a year!”

Additionally, one million users is as many as seven times the current number of native speakers of the language in Ireland, according to Alex.

“I'd like to take this opportunity to thank every single one of you that tried out the course and for learning the beautiful language of my country,” he continued.

“The course has come a long way in a year, but there is a lot more to come from the Duolingo Irish course.”

The success of the Irish course is not completely surprising, however. As Duolingo adds to their app, they ask their users and the public which languages/courses they would like to see through online polls.

In the first of these polls, Irish was chosen as a language to be placed in Duolingo’s “incubator” (development would begin on the course) after it won the online poll by a surprising majority (34.5%) when pitted against languages such as Norwegian and Swedish.

Another Duolingo user, Paul Culloty, also commended the massive number of users drawn in by the Irish course.

“It's fair to say there have been some bumpy moments, but the successful launch ensured that many other volunteer-created courses were given the green light, and the demand for a minority-language course perhaps prepared the way for the upcoming Catalan and Welsh,” Culloty writes.

“Even if only 5% of learners actually finished the course, that would still be 50,000 new/experienced people increasing their skills in the language, and it's hard to think of a free online Irish course as widely available to international learners.”

It has been a successful year for Duolingo overall, which announced in June that the company had been valued at $470 million, with Google set to become a key investor. Not bad for an educational phone app!

Duolingo is the free language-learning phone app selected by Apple as iPhone App of the Year 2013 and by Google as Best of the Best for Android in 2013 and 2014.

It has been heralded as a great way to learn a language on the go for free, thanks to the constant user interaction required and the gamification of the language-learning process. Apparently, an average of 34 hours of Duolingo are equivalent to a full university semester of language education.

More information about the Irish course on Duolingo can be found at https://www.duolingo.com/topic/901.