Ireland’s beef trade could be dealt a harsh blow as 90% of meat is exported abroad. 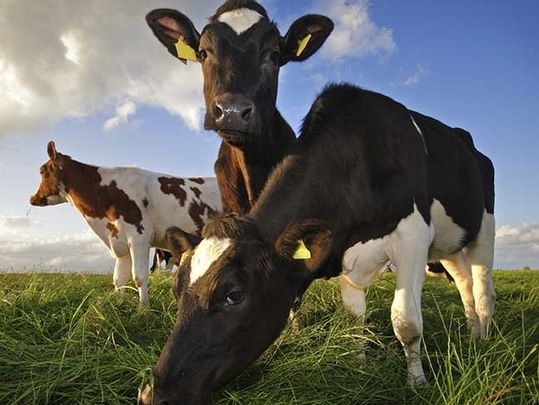 Ireland’s beef trade could be dealt a harsh blow as 90% of meat is exported abroad. iStock

A suspected case of BSE, known as mad cow disease, had been identified in a dairy cow in County Louth. The news comes just four months after the United States announced they would drop their ban on Irish premium beef, which was in place since 1999.

This County Louth discovery would be the first confirmed case of BSE (bovine spongiform encephalopathy) in Ireland since 2013. It comes shortly just after World Animal Health Organization (OIE) moved to recognize Ireland as having a "negligible risk" for the disease.

According to the Department’s statement, “The animal was not presented for slaughter and did not enter the food chain.”

This suspected case comes just months after the United States' ban on Irish beef was lifted. The 16-year long ban began in 1999 following the BSE outbreak in Europe a few years earlier. The BSE outbreak was a much bigger problem in the United Kingdom than in Ireland. It was also a problem in France, Germany and Portugal, among other European countries.

The late 1990s outbreak in Ireland was relatively small thanks to the stringent controls that were quickly introduced. However, Ireland was hit the hardest by the bans imposed by importing countries, such as the US. Ireland is a beef exporting country, and 90 percent of the beef produced is exported.

Minister for Agriculture Simon Coveney assured the public on RTE’s “News At One” on Thursday that this County Louth situation is "a single isolated case".

"It's not confirmed and it won't be confirmed for another week or so. We're satisfied that the likelihood here of BSE is such in this one animal that we need to be fully transparent and officially issue a statement on it.

"We've already made contact with our key trade partners to let them know what happened. The irony of this is that we got the all clear from the international body [OIE] which said Ireland is of 'negligible concern.'

"On one level this is reassuring.. what we have is a very robust system whereby if any animal dies on a farm it gets BSE tested. No animal can die in Ireland on a farm without being tested for BSE.

"There is absolutely no human risk here. This is an animal health issue. Of course it's important because of the reputational issue. It has been the view of most people that the problem of BSE was over for Irish agriculture.

"What we have here is an isolated case of a rare breed of cow in Co Louth that died on the farm that got picked up through our systems. We now have a full investigation to understand how that could have happened.

"We are moving quickly to reassure everybody that this is an isolated case.”

Reacting to the news local Fine Gael politician, and former minister, Fergus O’Dowd, said the results were “deeply concerning” and could potentially have serious implications for the country.

Junior Minister and County Louth politician Ged Nash told the Irish Independent that news of the suspected case was “disappointing."

On Thursday he said, “While it is disappointing that a suspected case of BSE has been identified in County Louth, at this point it seems to be an isolated case. A full investigation is now underway by the Department of Agriculture and I will be keeping a close eye on these development.”

Ireland’s Department of Agriculture adopted measures to limit the incidences of BSE in 1989 following the first diagnosis. Legislation was passed making it compulsory for veterinarians, farmers and all persons in charge of bovines to notify the Department of Agriculture, Food and Marine if they saw any animal displaying clinical signs consistent with BSE.

BSE is defined as causing “progressive degeneration of the nervous system in cattle resulting in changes in temperament, such as nervousness or aggression; abnormal posture; lack of coordination and difficulty in rising; decreased milk production; or loss of body weight despite continued appetite.”

Humans can be infected with a variant of this disease, Creutzfeldt–Jakob disease, through consumption of contaminated meat.

In 1990 Ireland banned the feeding of meat-and-bone meal (MBM) to ruminant animals.

Then in 1996 and 1997 Irish BSE control measures in place were substantially reinforced, following the identification of variant Creutzfeldt-Jakob disease in humans. Since then a string of measures has been put in place, targeted at:

- Exclusion of specified risk material (SRM) from human food and animal feed chains (removing from all animals, and destroying, the tissues shown to be capable of transmitting the BSE agent)

After further tests on the County Louth case, the first since 2013, Minister Coveney has said that it will be at least a week until further information is known.