Richie Power: Saving cinema from the edge of the world

Ritchie Power co-founded Showtime Analytics in 2014, aiming to save the cinema industry. 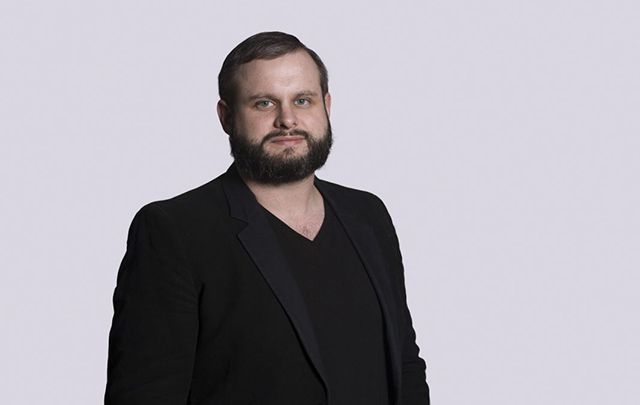 Ritchie Power co-founded Showtime Analytics in 2014, aiming to save the cinema industry.

In late 2016, Yueke, a subsidiary of China’s Alibaba Pictures, took a stake in the Irish movie-data company. In this interview with Niamh Bushnell, Dublin Commissioner for Startups, Richie talks about the choice to plunge into the cinema business, going global on a credit card and signing Alibaba. The interview below has been shortened but you can listen to the entire conversation on the Commish Conversations podcast.

Tell us about the start of Showtime Analytics.

Joe Spurling, who is my brother in law, and I had always wanted to do something together. Joe’s family runs the Movies@ Group so cinema was something close to home that we were passionate about. We looped in my friend Paul Lynch and started from there.

Did you know what you were going to do in the cinema space or did you go looking around for gaps in the market?

One Sunday, Joe, who was in the data analytics space, asked his father, one of the directors of the @Movies Group, how they used the data they have from the cinemas. From the answer, Joe realized they were behind other industries. We wondered whether they were terrible compared to others in the industry or was everybody in cinema actually in the same boat. In 2014, Joe and I went on a fact-finding mission to CineEurope, the big European conference for cinema and cinema technology. We wanted to see what tech products and solutions were available in the data space and found that there was a big gap. A lot of the technology spend within cinema for the last 20 years has been on the stuff you see: new screens, 3D, new sound systems, better seats. We decided to apply the skills we’d learned in the IT industry to the cinema.

Why is data important to the cinema industry?

Data’s important to every industry now. Without sounding too dramatic, cinema has been under attack in the last ten years from other mediums. When the first Harry Potter movie came out it ran for three months. Piracy wasn’t a big issue, and streaming TV and subscription TV wasn’t a thing yet. By the time the last Harry Potter movie came out ten years later, the run time was down to three weeks. Cinemas nowadays are competing with Netflix and Amazon Prime and other technology and entertainment providers that just weren’t here before. Those providers are far better at gathering data about their users. It’s fairly easy for them to personalize the experience and to make content that they know will appeal to viewers, whereas cinema is still quite an anonymous business. We help cinemas understand who their customers are and then personalize the experience as much as possible for them.

Yet very few people realize cinema is a business that could use data.

I often liken the cinema to the music industry. It was unprepared for piracy and illegal downloading and ignored it. Along the same narrative, a lot of cinema providers and operators are sticking their heads in the sand and saying, “Everyone loves coming to the cinema and they always will.” I love going to the cinema because I find it nostalgic and I love the sense of occasion that comes with it. However, it’s a big assumption to think that somebody who is ten years old now will feel the same way. With more data, the cinema people can compete with all of the other mediums.

Getting into the "spirit" of things in the office #halloween #pumpkin ^POR pic.twitter.com/qwrK874tKP

And that is equally helpful to a single cinema as it is to a big chain?

The relevance is equal. Cinema is a very similar business around the globe. We spent a lot of time in China recently. We’ve been over to the US, Latin America, and Russia a lot. While there are different quirks locally in those countries, the primary business model is the same everywhere and so are the challenges. One of our mantras is to make sure that our technology is available to everybody, irrespective of size.

How different is the cinema culture from one side of the globe to the other?

Cinema growth over the last 20 years has been pretty much flat and slightly declining in any of the major cinema-going regions of the world. China has been doubling year on year for the last five years. The government has relaxed control of what movies can be shown. Given the size of the population, the popularity is huge. The biggest problem they have is finding experienced staff for the 27 new screens that open every day. They are looking towards solutions like ours which take the good feel out of it and create a data-driven management approach.

Has your product offering around data changed over the last two years?

Our first product was aiming to get people out of PDF and Excel land and into the visual analytic space. Move them from “what happened” to “what’s currently happening.” As we did that, they started wanting more: to set targets, map against them, and forecast what’s going to happen next week. They want to know why something happened. The obvious next step is answering the “what will happen” question – based on everything I know in the past, what the weather’s going to be like tomorrow and which movie is showing, what’s going to happen in my cinema tomorrow?

So long #Trondheim and thank you to all the #kino people we have met over the last few days. We enjoyed meeting you all and talking #data pic.twitter.com/V6toiUuzbv

Since the Chinese are at a different stage in the cinema business than we are in Europe, are their analytics needs different too?

How did the investment from Alibaba come about and what have you learned from that experience?

Very early on we realized that cinema was a global business and if we wanted to build this business it was important to get out into the world as soon as possible. We had investment offers here in Dublin, but we wanted someone within the industry who could bring more than just the money. In 2015 we took a booth at CinemaCon in Las Vegas, the big trade show for cinema globally. The three of us went over on our credit cards, got a booth, and demoed the product. Our view was, “go big or go home.” All we needed was one conversation with the right partner or the right customer and the trip would be worthwhile. At our first CinemaCon, we met two of our major global partners who we’ve been doing deals with since. We did the same in 2016, spending money we didn’t have to go to Vegas and building a great booth. Two guys walked by our booth, saw our system, asked a few questions, and left.

A few weeks later we got a call from the technical director of Alibaba Pictures who asked if we’d come over to Hangzhou in China to talk with a team about a partnership and a potential investment.

Initially, our feeling was, “This all seems a bit fishy, is it for real? Is that how these things happen?” We went over to Hangzhou and visited the Alibaba headquarters. 15,000 people work there, and the Starbucks there is officially the busiest in the world. The scale was incredible, and there we were with one of the biggest partners we could have in the space.

Was there anything that surprised you in the negotiations with Alibaba?

All the preconceptions I had about doing business in China were dispelled. They wanted to talk about value more than about money. For them, the reason they were talking to us was not that they couldn’t build a product themselves or that they saw quick revenue. Alibaba wanted to be involved with us because they saw the huge value we could bring to their business.

One of their big points was the need for founder involvement. They see the energy and passion of the founders as the most important piece. They want us to be involved with them for the long term, and they want us to keep building value. As a startup trying to find a partner, it’s the stuff you dream of hearing.

Thank you @CineAsiaHK for a great #CineAsia in HK. We had a super week and met so many new customers during the trade show #BigDataAsia pic.twitter.com/wDIa3aQNnB

A lot of the focus will be on localizing our existing products and pushing them out in China, which we’ve already started to do. We will keep looking at what the market needs, and keep the rest of our international business ticking. In the next five years, we will look at other pain points within the cinema industry and try to solve them. A lot of VCs who are not in the cinema business tell us the technology we built is relevant for almost every industry and we should think about them too. We usually answer back, “Yes, but we want to make sure that we can make a material difference in one industry before we change focus and look at something different.

Did Alibaba have any preconceptions about you being from Ireland?

When we went to Hangzhou, they brought us into one of their command centers, which shows the trillions of Alibaba related transactions at any point. China is in the middle of the map and Ireland is a tiny dot on the most westerly side of the map. A person came to us and said, “We needed you to come over and explain to our team why we’ve gone to the edge of the world to this tiny place and invested in this company!”

So, we’re almost falling off the edge of the planet!

We’re certainly are punching above our weight. There probably wasn’t a huge acknowledgment of what we do and how we do it. Now that we have engaged with a lot of the management team who have also been here a few times, I am hopeful we have educated them on the strengths of the technology we have in Ireland.

This story originally featured on Dublin Globe. You can read more from them here.