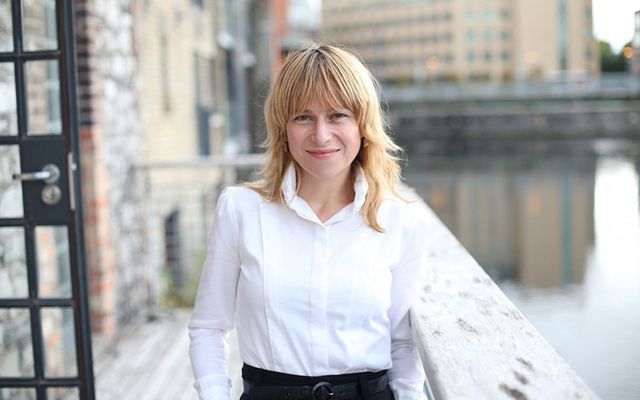 In April 2014 I received a group email entitled: Please share this with your networks! I then read about a fascinating new role called the Dublin Commissioner for Startups, applied for the job, and the rest, as they say, is history.

The most frequent question I was asked when I first came back to Ireland was “why Dublin, why not a Commissioner for Startups for Ireland?” I believed then – as I do now – that the whole country benefits when Dublin gets ranked internationally.

TechIreland, my next project, has a national agenda and it aims to solve one of the biggest challenges I faced as Commissioner – to break through the hackneyed and old narratives about levels of innovation and ambition in Ireland. TechIreland stamps “Owner” on innovation as a brand for Ireland, but more on this anon. Today I say farewell to the Commissioner role, and this time it’s final I promise you, Liam Kavanagh!

For the last two and a half years we’ve been working on promoting Dublin internationally as a tech and startup hub, and through initiatives like Dublin Globe, Dublin Makes Me and others we’ve done a good job of introducing the topic. A more ambitious and longer term strategy for marketing the city is what needs to happen next.

In short few years, city marketing has become a hugely competitive and global industry. Every city worth its salt is a tech city these days and has developed the chops to prove it. Dublin may have stronger and longer credentials, but other cities have deeper pockets, slicker and more persistent marketing, and masses of startup believers within their city and national governments. Dublin needs to confidently tick the box on all three of these things to be able to win internationally.

The tech and startup community in Dublin is strong and deeply impressive, and it’s been that way for a long time, well before the existence of the Startup Commissioner’s office. Nothing less than political heft, healthy funding and the engagement of great event and digital marketers will give Dublin’s community the recognition it deserves globally. Actually, let’s forget about “deserving” anything. Recognition is a must if we want to attract the talent and capital to keep our digital economy moving.

I was at a wonderful Ireland’s Edge event with Philip King last night talking about creativity and the competitive edges Ireland has naturally, from location to outlook to humor and artistry in all its guises. Minister Paschal Donohoe joined us and talked eloquently about Ireland’s openness, our innovative spirit and how a small country like ours benefits from having agility. From policy to regulation to education and a strategy that prepares us for the full thrust of the digital economy, Ireland will become more competitive when we start to leverage this agility more effectively.

In concluding, the Minister recited a quote that I loved from a novel by Donal Ryan. It goes something like this: “Talk, it’s all lies in a way. Only the doing of it makes it true”. I did a lot of talking about how great Dublin is in my role as Commissioner, and I loved every second of it. But what happens next needs to be more about showing and doing, for the huge and vital benefit it will bring to Dublin, and to the whole of the country.

This article was originally published in Dublin Globe. You can read more from them here.