The "people's princess" is already winning in the headwear style stakes. 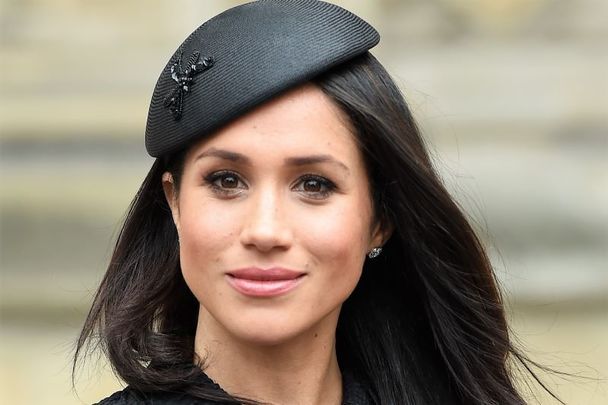 Royal bride-to-be Meghan Markle evidently has an eye for style. Her latest go-to fashion designer is none other than Irish milliner to the stars, Philip Treacy.

The former "Suits" actress is the latest high profile woman to, quite literally, tip her hat to the OBE-awarded Galway designer.

Markle opted for a custom black fascinator with an intricate beaded dragonfly by Treacy as she attended a service in honor of Anzac Day at Westminster Abbey.

Meghan Markle at Westminster Abbey this afternoon in a hat by Philip Treacy.

All eyes were on the future bride of Prince Harry as she paired the understated hat with a black bouclé Emilia Wickstead skirt suit and simple Jimmy Choo court shoes.

Read More: Meghan Markle wears "Jackie O" dress at Commonweath - and it can be yours for $400!

Treacy, who has a bevy of A-list clients such as Sarah Jessica Parker and Lady Gaga, has been crafting headpieces for the royal family for years. Indeed, the designer famously made 36 hats for guests attending William and Kate's 2011 Royal nuptials.

Meghan Markle wore a hat designed by Philip Treacy this morning at Sandringham in Norfolk.

For her first foray into Royal headwear - Markle previously turned to Treacy, who created the chestnut brown headgear (above) she wore on Christmas Day to mark her first official Royal appearance.

It is Royal protocol that women must wear hats for formal events - and Markle, dubbed the "people's princess", has been criticized for her lack of fancy hats thus far.

Alas, let us not forget that Kate Middleton once opted for a cowboy hat and Princess Eugenie and Beatrice did step out in some questionable garb for the aforementioned's wedding.

And with this latest look, it seems like Markle might be already winning in the headwear style stakes after all.