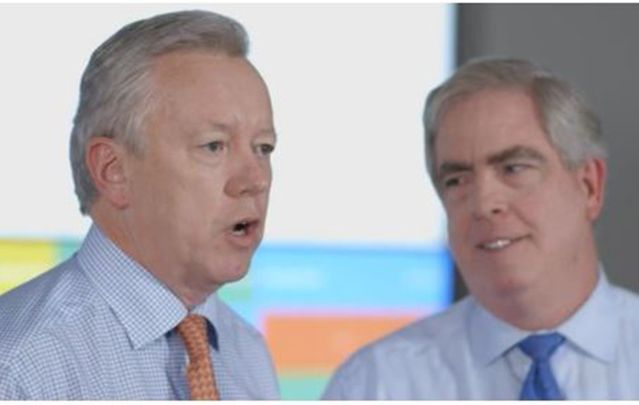 John Saunders will succeed Dave Senay as FleishmanHillard’s president and chief executive officer, it was announced last week by Dale Adams, chairman and CEO of the DAS Group of Companies, a division of FleishmanHillard’s parent company, Omnicom Group.

Saunders, 57, and a native of Dublin, Ireland, will begin his new duties effective last Friday. He was most previously president for FleishmanHillard’s Europe, Middle East and Africa (EMEA) region. He will reside in St. Louis, where the agency is headquartered.

“John Saunders emerged from a year-long leadership evaluation process and stood out in many respects,” Adams said.

“He is a proven leader with a global perspective. He is a consummate public relations professional. He has helped grow and develop people and offices and a region during challenging times. He is an inspiring communicator and a natural collaborator and relationship-builder. In today’s ultra-connected world, he will help FleishmanHillard link its employees and clients with the many best-in-class companies that are part of the Omnicom/DAS network of companies,” he continued.

“I am honored and humbled by this new responsibility and the faith shown in me by FleishmanHillard and Omnicom,” Saunders said.

“FleishmanHillard has a legacy of excellence at every level, with an uncanny sense of what clients need most, and the best employees in the industry to meet those needs. We will continue to be driven by a spirit of innovation and client service, and provide employees with the best career experience of their lives.”

Saunders added, “I have great admiration for Dave Senay and everything he has accomplished, and I am grateful for his ongoing support.”

“Dave served FleishmanHillard with distinction across a variety of roles before becoming only the third CEO in the firm’s history,” Adams said.

“As CEO, he was ahead of the curve in recognizing the profound changes taking place in our industry and helping FleishmanHillard evolve to meet those challenges. Along the way, he became one of the industry’s most respected leaders.”

Specifically, Senay led the company’s adoption of a digital platform and a more integrated approach to communications. He also spearheaded the creation of “Ethics as Culture,” a program to promote ethical decision-making in public relations. FleishmanHillard later donated that program to the Council of Public Relations Firms (now called the PR Council), the industry’s leading trade group, for use by its member firms.

Senay served as chairman of the Council of Public Relations Firms for two terms. In 2014, PRWeek, the industry’s publication of record, named him PR Professional of the Year. That same year, the publication named FleishmanHillard as Global Agency of the Year.

Senay said: “To say it has been an honor to lead FleishmanHillard is a monumental understatement. From day one, it has been the people of FleishmanHillard who made the firm the gold standard for quality in the public relations industry. John will carry on a tradition of excellence that goes back to our founding in St. Louis in 1946.”

Saunders recently celebrated his 25th anniversary with FleishmanHillard. In 1990, he and FleishmanHillard founded FleishmanHillard Saunders, which grew to become Ireland’s number one public relations agency and one of the firm’s most successful offices. In 2004 he was appointed regional director for Europe, and in 2011 he was elevated to the role of regional president for EMEA (Europe, Middle East and Africa). Prior to his public relations career, he was staff journalist with Radio Telefis Eireann (RTÉ) of Irish State broadcasting. He is a former president of ICCO, the global consortium of national public relations associations, and is a member of its Hall of Fame.

FleishmanHillard strives to be the world’s most complete global communications firm, specializing in public relations, public affairs, marketing, paid media, and transmedia and social content. FleishmanHillard delivers on the power of true, reflecting the firm’s high values, and unique ability to guide clients through a world demanding unprecedented authenticity and transparency. FleishmanHillard was named PRWeek’s 2014 Global Agency of the Year, “Standout Agency” on Advertising Age’s 2013 A-List; NAFE’s “Top 50 Companies for Executive Women” for 2010-2015; and among PRWeek’s 2013 “Best Places to Work.” The firm’s award-winning work is widely heralded, including at the Cannes International Festival of Creativity. FleishmanHillard is part of the DAS Group of Companies, a division of Omnicom Group Inc., and has 88 offices in 30 countries, plus affiliates in 43 countries.

About the DAS Group of Companies