Stripe co-founders Patrick and John Collison took to Twitter to criticize a Forbes Magazine profile piece that painted Limerick City as "stab city" and a "warzone." 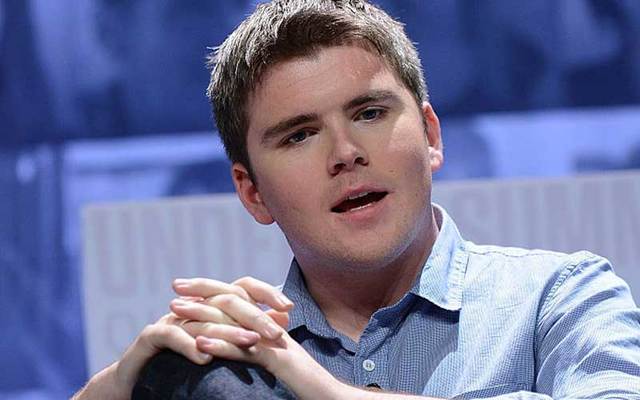 John Collison (above) founded Stripe along with his brother Patrick. Getty

Stripe co-founders Patrick and John Collison have slammed Forbes Magazine after a controversial article claimed that the Collison brothers escaped "stab city" in County Limerick to make it in Silicon Valley.

Patrick and John Collison, who grew up in Dromineer, County Tipperary, are reportedly worth $9.5 billion each due to the success of financial services and software company Stripe.

Their meteoric rise in recent years inspired Forbes to run a profile piece about the two billionaires that has since been deleted due to an online backlash after it referred to Limerick City as "Stab City".

"Some call it stab city," the now-deleted article said.

"Many folks think Ireland is all rolling green hills and five-star golf courses. But in the middle of the Irish countryside is a city called Limerick — known as the ‘murder capital’ of Europe."

The article also described Limerick City as a "warzone" dominated by gangland feuds and erroneously stated that "shootings, pipe bomb attacks, and stabbings" were a nightly occurrence.

The Collison brothers, who grew up in County Tipperary around 30 miles from Limerick City, both took to Twitter to voice their disapproval of how the article portrayed Limerick.

"Not only mistaken about Limerick but the idea of ‘overcoming’ anything is crazy. We are who we are because we grew up where we did," Patrick Collison tweeted on Friday.

Not only mistaken about Limerick but the idea of "overcoming" anything is crazy. We are who we are *because* we grew up where we did.

Limerick TD Patrick O’Donovan, who serves as Minister for the Office of Public Works and Flood Relief, called on Forbes Magazine and Stephen McBride - the Irish author of the profile piece - to apologize "to the people of Limerick for the insult and hurt caused by the article".

"I am calling on them to come to Limerick where I will gladly set the record straight in respect of what our county and city has to offer as opposed to what your work of fiction depicts," O'Donovan said.

Fellow Limerick TD Kieran O'Donnell also demanded an apology for the article and labeled it "disgraceful, baseless and inaccurate".

Forbes have confirmed that the article was removed from their site because it "failed to meet their editorial standards".