Stock exchange and buying shares have been the core of the economies of many countries around the world. 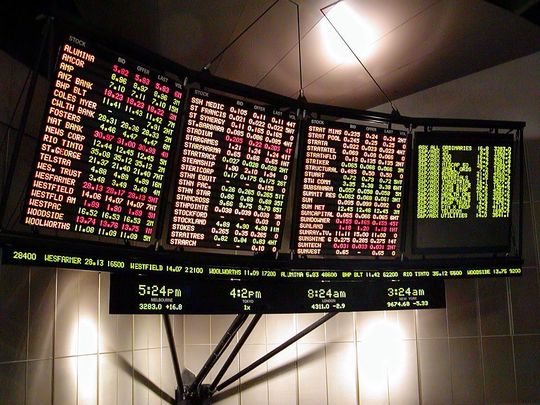 Thinking of dabbling in the market? Here are some shares you should look in to. klip game / public domain

A stock exchange is a facility where various stockbrokers and traders can buy and sell numerous financial instruments. The goal is simple – making a profit.

To be able to buy and sell trades, they must be listed at the stock exchange. Most recently, buying shares has been made available online. Buying shares online has certain advantages such as speed and a reduced amount of costs.

With the rise of the Internet, buying shares internationally has become very easy. People from all around the world can buy shares and with the right amount of insight and skills, they can make a handsome profit. With that thought in mind, we decided to give you a list of the 5 best international shares to buy in 2020. Let’s check them out.

SkyCity Entertainment Group Limited, or just known as SkyCity, is a gaming company based in Auckland, New Zealand. Recently, the company exceeded $1 billion in profits for the first time in their history. SkyCity owns and operates several casinos in New Zealand and Australia, which is why their shares are listed in both the Australian and New Zealand Stock Exchange.

Its original casino was opened in Auckland in 1996. Today, its properties include SkyCity Auckland, Skycity Hamilton, Adelaide Casino, Skycity Wharf Casino, and Skycity Queenstown. The stock exchange market in New Zealand is a huge contributor to the country’s economy, and many people have had good outcomes after deciding to invest some money there.

When you combine the general success of casinos and the New Zealand Stock Exchange, buying shares from an NZ based company has the potential to be a recipe for a good profit. That is why we advise you to buy shares there. We are even willing to go one step further for you and provide you with a detailed guide on how to buy shares in New Zealand.

Netflix is probably at the very top on the list of companies that managed to become very successful in a short period. Their services are available around the world. By registering on Netflix, people gain access to some of the best movies and TV series of today. From the looks of it, the company will continue to rise in the next few years, which is why it might be the best idea to invest some money now and buy shares here.

Since its creation, Netflix managed to replace DVDs, vanquished Blockbuster, and succeeded in the mission of switching millions of people to their streaming services. Netflix is revolutionizing the TV industry and that is why it is the perfect time to invest in it now.

After reaching an all-time low in 2015, Volkswagen’s shares started going down rapidly. The reason for that was because the company admitted to cheating on emission fuel tests. Numerous lawsuits slammed Volkswagen, but since then, the company has been on a good path on returning to its glory. The last 3 years have been very good and statistics showed that its shares are on the rise, but the best part about it is that they are still low.

That is more than a reason why you should invest in the company. Their cars are always in the top 5 lists of most sold vehicles in the world. That is a sign that the situation will be normalized soon and prices for shares might sky-rocket.

Warren Buffet's second-largest holding of Berkshire Hathaway earns billions of dollars by serving a huge part of the American population with various financial services. Even though banking stocks have had a very slow return since the 2008 crisis, they are now on the rise and Bank of America might be the best option if you are looking to buy shares in this industry.

Finally, we have the world’s largest eCommerce service. Amazon is the company that made Jeff Bezos the richest person on the planet with a net worth of over $120 billion. Online payments are on the rise in the recent period and people are becoming far more open to the idea of shopping online, rather than going to the shops. Statistics show that the number of e-transactions will continue to rise, making Amazon as the perfect company to buy shares in.