Top five picks as the best football stocks to buy. Let’s check them out.! 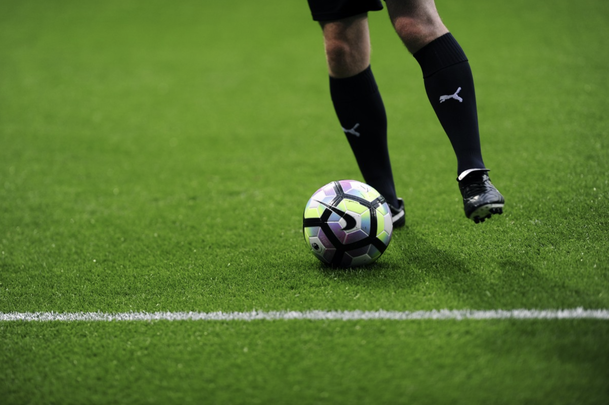 Love football? Why not invest in your favorite club. PxHere / CC

Football is the most popular and most loved game in the world. This sport has the power to influence and change lives, teach people what true loyalty and passion mean, and give them moments of grief from time to time. There is no doubt that this is the greatest sport of all time and we say that its status will remain the same in the future, with a firm belief.

Aside from bringing fans from all around the world together and showing them what true passion means, football is considered as one of the most profitable industries, as well. Football clubs rake in millions of dollars in profits each year, and as time passes by, that number just keeps going up.

As you may know, you are able to invest money into your favorite club and not only cheer its milestones and achievements, but also celebrate the money that the club can generate for you. That is exactly the topic that we wanted to dive in today. We are going to list our top 5 picks as the best football stocks to buy. Let’s check them out.

There are two reasons as to why you should buy Manchester United stocks. The first one is that the club is now struggling a bit to maintain its champion status. Ever since Sir Alex Ferguson left, United had very few achievements, so the price of their stocks has gone significantly down. That doesn’t mean that they are worthless, which brings us to reason number 2.

Regardless of how much they are struggling at the moment, Manchester United are still a big club, with a huge reputation and a massive fan base, which means that it is only a matter of time before they go back to their winning days. Since their stock prices are now low, you can invest money now and make a huge profit later.

The best Dutch club definitely deserves a spot on our list. Not only do they dominate the Dutch most prestigious league, but they are also fierce competitors in the Champions League and they showed that they have huge potential, especially since they managed to reach the semi-finals in the 2018/2019 season.

Buying Dutch stocks requires you to be well-informed on the market and to know a trick or two, not just if you are thinking about buying Ajax stocks, but other Dutch stocks as well. Luckily for you, we have this bankr aandelen guide, which can help you learn all of the details, so make sure you check it out. The site contains tons of other useful information, as well.

Juventus are currently one of the most profitable teams not just in Italy, but in the world. Their stocks have sky-rocketed ever since Cristiano Ronaldo joined. As you surely know, he is one of the greatest players of all time and has a huge fan base. The club is now going through a transition period and this year might be the first year in which they will be without the Scudetto. Time will tell, but as of right now, Juventus has a huge market value which is why you should consider buying stocks at this club.

Barcelona's case is similar to Manchester United. They have been on a downhill slope in the past couple of years and it seems that the price of their stocks will go down even more because Messi is considering leaving the club. We all know that their chances of success will be significantly lower, thus the stock prices will go down.

But if you think that the club will not be able to bounce back, you better think twice. After all, this is Barca, one of the most successful football clubs in history. They might be in a struggle now, but it is only a matter of time before they go back to their winning days. Their struggle makes it the perfect time for you to invest.

Finally, we have the club that dominates the football world these days. We can say without a doubt that this Liverpool team is one of the best in the club’s history and Klopp’s boys have surely made a huge impact. Once again, Liverpool is the favourite to win not only the Premier League but the Champions League, as well.

For those people that have more money to spare and want to go with a safer option, Liverpool is the perfect club to invest money in. It doesn’t seem that the club has any plans of slowing down, which means that their stock prices will continue to go up.