Irish and Irish Americans gather to discuss topics related to mission of “investment” in Ireland. 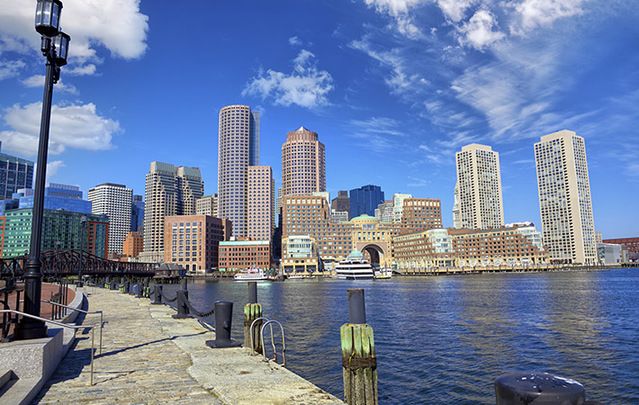 The 2015 Irish Network USA Annual Conference, hosted by Boston, happily coincides with the fifth anniversary of the Massachusetts city’s chapter, a group which has worked to promote an enduring link between Ireland and the United States. Fittingly, this year for the first time, delegates from the new Irish Network Dublin (IN-Dublin) will be in attendance.

This conference will be the third hosted by INUSA, with the first two being held in Washington, D.C. and Austin, Texas respectively. These conferences provide an opportunity for INUSA members to hear from a variety of speakers on topics related to INUSA’s mission of encouraging “investment” in Ireland.

Irish Network USA, which now has 20 chapters, with over 5,000 members, is continuing to grow and its presence and influence is certainly garnering a great reach. The impressive lineup of keynote speakers alone this year speaks volumes - Ambassador of Ireland to the United States, Anne Anderson and Mark Redmond, Chief Executive of the American Chamber of Commerce Ireland, and Joanna Murphy, CEO of Connect Ireland.

Panels and speakers this year will also include Gary Hanley of Invest Northern Ireland, Mark Gallagher of Silicon Valley Bank, Professor Liam Kennedy of the UCD Clinton Institute of American Studies, and Stewart Matthews of the Northern Ireland Bureau.

IN-Dublin’s Chair, a former resident of New York, Louise Corrigan will appear on the panel “The New Global Irish Diaspora” alongside Sean Moynihan, President of IN-Boston (moderator) and other guests.

As a representatives of the only organisation affiliated with the network based in the homestead of Ireland Corrigan said she was looking forward to discussing the Diaspora’s relationship with home.

Corrigan told IrishCentral “It's the start of a whole new paradigm where we in the homeplace are building the bridge that connects us with our Irish family around the world - creating and nurturing those connections in a very real way and supporting those returning home in their business and social transitions by providing access to a vibrant and dynamic network in Ireland."

Similarly in a statement issued by IN-USA President of IN-Boston Sean Moynihan said the groups “sincere commitment to engaging the Irish diaspora – including Irish born, Irish Americans and friends of Ireland. Our goal is to celebrate our mutual interests in Irish culture, business, education, and social/community initiatives by providing opportunities and experiences for all of our members. Our network was one of the first chapters to be founded under our umbrella organization, Irish Network USA (IN USA), which is now 20 chapters strong and continues to grow.”

For further information on this weekend’s conference conference2015-inusa.nationbuilder.com.