Old Irish Punt notes have been found under mattresses and in clothes donated to charity shops in the past. 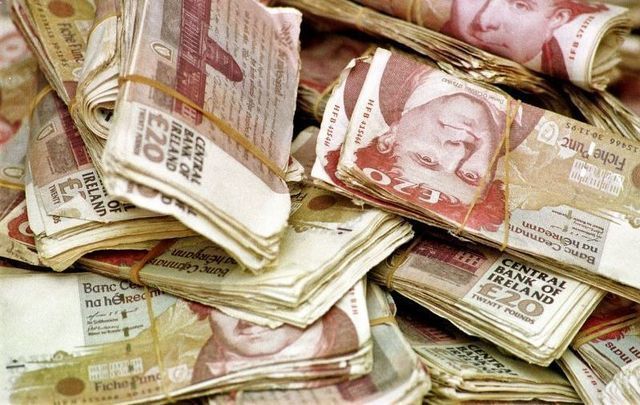 Ireland swapped the Punt for the Euro in 2002. Rolling News

Almost €350 million worth of old Irish money is still unaccounted for, according to Ireland's Central Bank.

Ireland swapped the Irish Punt for the Euro in 2002, but the Irish Central Bank has said that €347 million still remains unaccounted for 19 years later.

Less than €400,000 worth of old Irish Punts were exchanged in 2020, the smallest amount exchanged in a calendar year since Ireland moved to the Euro in 2002.

In contrast, around 150 people arrived at the Central Bank every week to change their old money for Euros within the first decade of the changeover, while 90% of Irish Punts were taken out of circulation by the end of 2002, leaving just €463 million unaccounted for.

That figure has only been reduced by €116 million in the 19 years since and the Central Bank said that there is still €224 million in old banknotes and €123 million in old coins still unaccounted for.

The Irish Punt is worth €1.27 and the old money has previously been found in clothes donated to charity, under mattresses, in skips, and buried in gardens.

The Central Bank shreds all notes that are returned, while all coins are melted down for reuse.