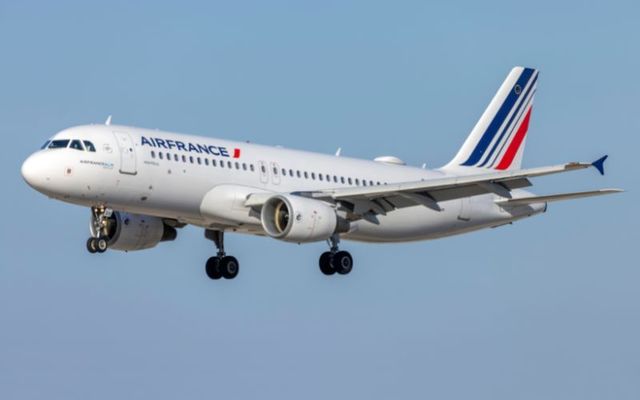 A manslaughter trial has begun in Paris over an Air France plane crash in 2009 that killed all 228 people on board, including three Irish passengers.

Families of those who died in the crash have campaigned for a trial for years and greeted Rigail and Faury's opening statements with cries of "shame" and "too little too late".

Both Air France and Airbus deny any criminal wrongdoing in the loss of Air France flight 447, which crashed in a thunderstorm while flying from Rio de Janeiro to Paris in 2009, killing all 228 people on board.

The crash was the worst in Air France's history, killing people of 33 different nationalities, including three Irish women.

Doctors Jane Deasy, Eithne Walls, and Aisling Butler were all returning from a holiday in Brazil at the time of the crash.

The Airbus A330-200 aircraft was en-route to Paris on an overnight flight from Rio de Janeiro on June 1, 2009, when it disappeared off the radar in the middle of a high-altitude thunderstorm over the Atlantic Ocean. It took just four minutes and 24 seconds for the plane to fall 11,500 meters.

Although debris was spotted floating on the ocean days after the crash, it took two years to find the plane and the black box recordings more than 13,000 feet beneath the surface.

The crash is believed to have been caused by the plane's speed sensors, known as the pitot tubes, which iced up in the storm and turned off the autopilot.

The crew resumed manual piloting but did so with erroneous navigation data, causing the plane to go into an aerodynamic stall and plunge into the sea.

Air France is accused of not implementing the correct training in the event of the pitot tubes freezing and has since updated its training manuals and simulations.

The French airline has said that it is not at "criminal fault" over the accident and said it will plead for an acquittal in court.

Airbus, on the other hand, is accused of knowing that the model of pitot tubes used on flight AF447 was faulty. The aircraft manufacturer is further accused of not doing enough to inform airlines and their crews about the faulty pilot tubes and to ensure that crews had the proper training to mitigate any risks.

The model of pitot tube in question - the Thales AA pitot - was subsequently banned in the wake of the crash.

Airbus contends that pilot error caused the 2009 crash, arguing that icing over is a problem inherent to all such speed sensors.

Judges initially charged both Air France and Airbus with manslaughter over the incident, but French prosecutors then recommended that only Air France go on trial. The charges were dropped against both airline and manufacturer in September 2019 because there was not enough grounds to prosecute.

However, that decision was challenged and the Paris Appeals Court decided in May last year that both Air France and Airbus should face trial.

Each company faces fines of €225,000 if convicted of manslaughter - a small fraction of their annual revenue - while no individual will face jail time because only the companies are on trial. Air France has also compensated the families of those who were killed in the crash.

Daniele Lamy, whose son died in the crash, told Reuters before the beginning of the trial that she has been "waiting" for this day for 13 years.

"Thirteen years we have been waiting for this day and we have prepared for a long time," Lamy told Reuters.

German Bernd Gans, whose daughter Ines perished in the crash, said it was "very important" that the families got their day in court, adding that it was "almost inhuman" to make them wait 13 years.

Airbus CEO Guillaume Faury said it would be a "long and difficult trial" and said the company wanted to contribute to "truth and understanding".

The trial is expected to last nine weeks.