Who are the biggest Irish athletes of the past decade?

In partnership with:
BettingGuide.com 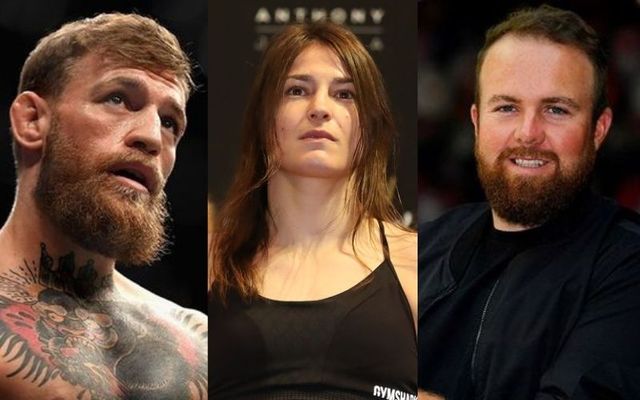 Who are the biggest Irish athletes of the past decade? Getty

Ireland has always been home to some of the biggest and most passionate sports fans and athletes.

Whether it be golf, football, boxing, or any number of other sports, the Irish have participated and watched with a burning passion rivaled by few other countries. Irish athletes have shone on both the national and international scene, and in the past decade especially, a large number of Irish athletes have risen into the spotlight. In this article, we are going to take a look at some of the biggest Irish athletes of the 2010s.

Making a name for himself in numerous mixed martial arts competitions, Conor McGregor soon became internationally famous for his long, unbroken winning streaks. 2015 was the year for Conor McGregor. After losing a bout with Joe Duffy, McGregor went on one of the longest tears in UFC history, winning no less than 15 fights straight, most of them with a KO. Out of these, the most popular was his fight against Jose Aldo, who Conor knocked out in the first 13 seconds of the match.

At the time, McGregor was the most popular UFC fighter, topping the sportsbooks as the odds-on favorite to win any match. The same is true for the numerous betting sites and online casinos that allow sports betting.

Today, McGregor is one of the highest-paid athletes, oftentimes placed at number one. He has tried his hand at boxing, facing off Floyd Mayweather in a legendary pay-per-view match. While McGregor went down, the match was legendary, and drew in a large crowd, being one of the most watched PPV events in television history.

Katie Taylor was once a footballer, however, her fame in the sports world came when she decided to try her hand at the ring. In 2016, she began her boxing career, fighting under the Matchroom Boxing event. As a boxer, Taylor is among the best fighting today. In 2017, Katie Taylor won the WBA lightweight title, and has been holding onto it since. She is the undisputed world lightweight champion.

Taylor truly proved herself a legend in the boxing world in 2019, following a spectacular fight with Delfine Persoon, whom she beat. With this victory, Katie Taylor became one of only eight boxers in history, male or female, to have held all four major world boxing titles simultaneously.

Katie Taylor is set apart from her competition by her quickness and her aggressive style of fighting. She is considered by numerous boxing fans to be the best female boxer fighting today, and has been ranked in the top 5 by numerous magazines, including the Ring, where she was ranked the best pound-for-pound female boxer working today.

The sport of golf has its roots in Scotland, however, today the popularity of the sport is much greater in Ireland, where some of the best golfers playing today come from. Shane Lowry makes a name for himself even among today’s best golfers. Lowry started his amateur career in 2007, and by 2009 he was already playing professionally. That year, he won the Irish Open, a professional golf tournament, while still playing as an amateur.

His first professional tournament win came in 2015, when he competed at, and ultimately won the WGC-Bridgestone Invitational, one of America’s biggest golf tournaments. The biggest win in Shane Lowry’s career, however, came in 2019 at the Open Championship, where he won with a 6 strokes margin with a shot lead of 4.

Many golf experts predict that Shane Lowry’s career is going to be even brighter in the coming future, and he is surely regarded as some of the best golfers working today.