Where does the phrase ‘Luck of the Irish’ come from?

‘The luck of the Irish’ is a popular expression all over the world but its origin may be more derogatory rather than a meaning of good luck.

In partnership with:
Platincasino 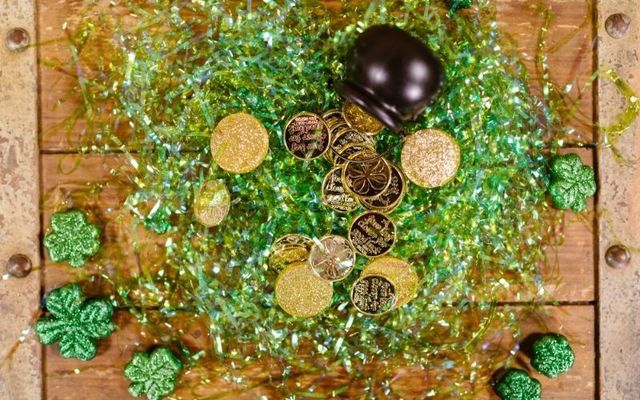 Where does the phrase ‘Luck of the Irish’ come from? Pexels

‘The luck of the Irish’ is a popular expression all over the world, but in somewhat of an ironic twist, its origin may be more derogatory rather than a meaning of good luck, as it’s frequently used now.

We’ve had a dig (a small pun-like clue there) around to find out the true meaning of this phrase. While many think it simply refers to the Irish as being lucky, there’s a darker side to the original tale.

Furthermore, the luck of the Irish expression has found a home in the gambling sector, whether it’s Las Vegas or the top-rated online casino Ireland, you’ll find multiple connections.

While there is no clear answer as to who the first person was to coin the phrase ‘The Luck of the Irish’, it’s widely accepted that the term originated in America during the 19th century. At this time, America was in the middle of its gold rush years, and many Irish people ventured across the Atlantic to find work due to famine in their homeland.

A lot of Irish men ended up working in the mines, where they earned a reputation as being hard workers who took great care in their work. After continually yielding better results than their colleagues, an air of discontent began to form. Other miners started saying ‘The luck of the Irish’ as a way to put them down - insisting that their mining fortunes were simply down to luck, not hard work and persistence.

A good number of successful miners during this period were of Irish or Irish American birth, and this resentment led to more people using the phrase. In modern times, many associate the ‘luck of the Irish’ as something positive. However, during our research, we found several examples of Irish people disliking this phrase as it still carries a stigma that Irish people are lucky rather than being hardworking and clever.

From four-leaf clovers to leprechauns and pots ‘o gold, there are many Irish folktales related to lucky people finding their fortune. Not one to miss a trick, the gambling industry has developed a hatful of games to tie in with these.

For instance, gamblers can play video slots like Lucky Leprechaun, Leprechaun’s Fortune, Leprechaun Goes Wild, Pot ‘O Gold, 9 Pots of Gold, Irish Luck, and Irish Eyes. This is just a small sample; you can find well over 100 titles that have an Irish theme.

Of course, the casino software providers are playing on the expression ‘The luck of the Irish’ with such titles. Do players stand a better chance of winning the jackpot with Irish luck on their side? Unfortunately, the answer is no, but if some players have a feeling these games are luckier for them than other titles, where’s the harm if it’s a personal choice?

In summary, Gary Player - a famous South African golfer - once said, ‘The more I practice, the luckier I get.’ This is perhaps a good way to think of the ‘The luck of the Irish’ expression. They made their own luck and fully deserved the rewards.