Get your Irish on with these Ireland vacation ideas

From learning Gaelic to Ireland's world-renowned Ploughing Championships, here are a few ideas for your vacation 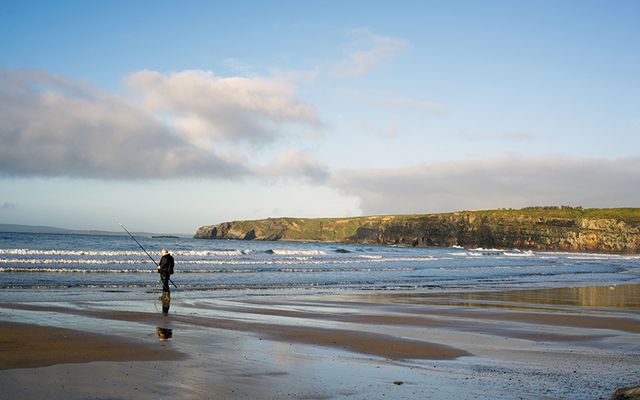 What would you do on a vacation in Ireland? We've some ideas for you. iStock

From learning Gaelic to Ireland's world-renowned Ploughing Championships, here are a few ideas for your vacation.

There's so much to see and do in Ireland, but here are the real deal experiences you can't miss. 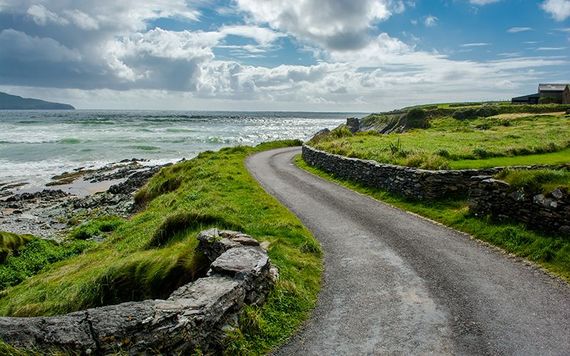 What better way to see the coast than to drive the Wild Atlantic Way?

Ireland’s west coast includes some of the most beautiful in the whole country, nay the world, and fast became known as perhaps the best way to see Ireland in all her glory. Stretching for just over 1500 miles through nine counties, the WAW begins at Ireland’s northernmost point in Donegal – also known as the ‘Coolest Place on the Planet for 2017’ according to National Geographic.

The WAW winds all the way down to West Cork and takes in all types of places. From sandy beaches perfect for surfing, to the bustle of Galway City and the pub-packed town of Dingle the WAW proves that the west of Ireland really has it all!

Dubbed the world’s best tourist attraction, people have been known to fly into Belfast all the way from America just to spend a day strolling around this extraordinary museum right in the heart of the city that built the ship they thought could never sink. 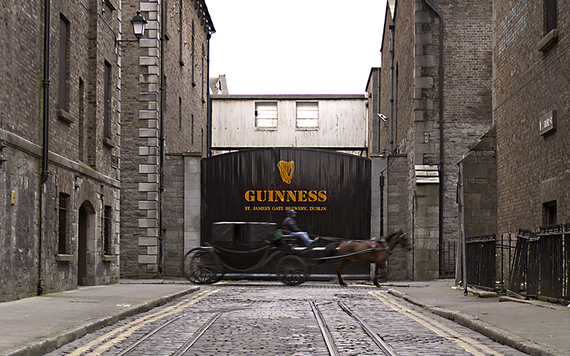 Moving on from Ireland’s “best” to its most popular tourist attraction, the Guinness Storehouse has long been an unmissable destination for anyone who loves the black stuff. It’s well known that Guinness brewed in Ireland tastes better than pints prepared anywhere else and there’s no better place to put this theory to the test.

The tour begins with an introduction to the world’s biggest pint glass and ends at the center’s Gravity Bar with stunning views across Dublin’s Fair City.

Buy stamps at the GPO 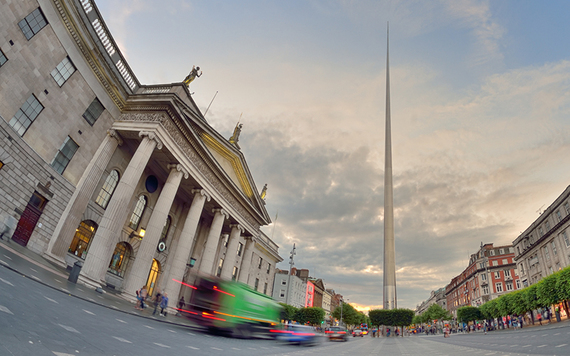 Buy stamps at the GPO (left).

It’s not so much that there’s a lot to see inside the General Post Office on Dublin’s bustling O’Connell Street – it is still in effect a working post office like any other – but the GPO is an unmissable place because of what happened here 101 years ago.

Over the Easter weekend 1916 a small band of volunteers challenged British rule and changed the course of Irish history forever. Head in, buy a few stamps for your postcards and soak up the sense of history that envelops you. 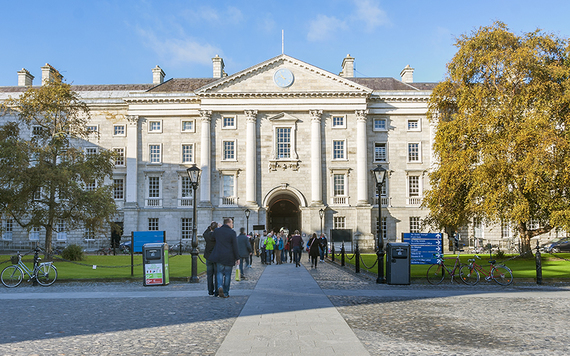 Inside the beautiful Trinity College Dublin.

How can you tell if a person went to Trinity? They fecking tell you.

And no wonder. Trinity is an oasis of green and beauty set in the heart of Dublin city center. Dating all the way back to the 16th century Trinity boasts of some of the most stunning architecture in Ireland and is home to the Book of Kells, a work of art created by monks in the 6th century AD. The Book of Kells is "a richly decorated copy of the four Gospels of the life of Jesus Christ." 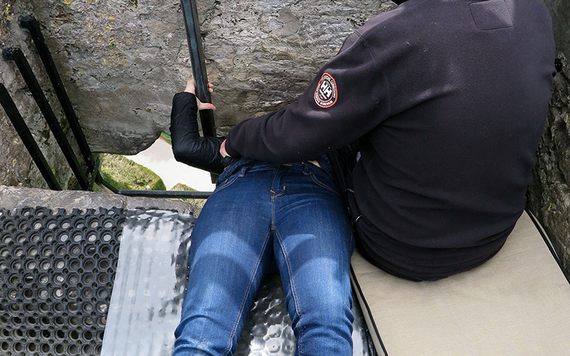 According to legend kissing the Blarney Stone endows the kisser with “the gift of the gab” – something the Irish as a people are renowned for.

Whether you have a big presentation due after you finish your Irish vacation, plan to run for office or just want to captain your high school debate team this is the activity for you.

Go to the Ploughing Championships 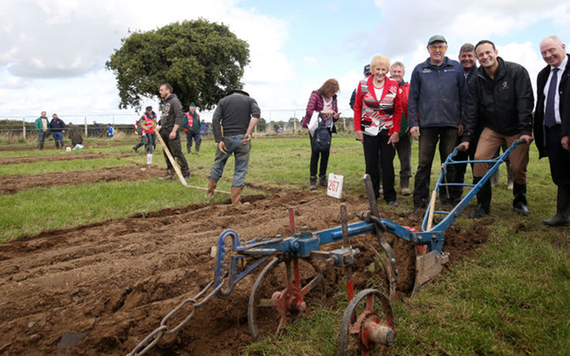 Ploughing Championships: Check out Leo Varadkar having a go this year.

The National Ploughing Championships is Ireland’s largest agricultural show – nearly 300,000 people from across the four provinces flock to the event to talk and learn about all things rural, farming and more.

Ploughing, or plowing in American, is almost incidental, but you can go and cheer if you want.  The exhibitions are the main attraction and you may well never see a furrow ploughed, err plowed.

What better way to celebrate visiting Ireland than learning a cupla focal?

Ireland’s native language, Irish to the Irish people, is flourishing in its cities but it’s best to head west if you want to learn it yourself.

Nearly all the Gaeltacht (Irish speaking areas) are along the western seaboard. In the Gaeltacht a number of organizations, such as Oidhreacht Chorca Dhuibhne or Oideas Gael, offer courses for complete beginners interested in learning how to speak the language that is the heart and soul of Irish identity.

Check out a GAA match: Maybe even at Croke Park in Dublin.

Even when the Catholic Church was at the height of its powers, the Gaelic Athletic Association rivaled it in importance.

The GAA lies at the heart of the parish and for many people it is a way of life. Whether it’s an All Ireland Football Final in Croke Park or a team of schoolgirls playing camogie on a drizzly day in Kilkenny, a GAA match shows Ireland at her very best.

Trad session in the pub

Get yourself to a trad session in a traditional pub.

The haunting tunes and songs of Ireland’s traditional musicians have been with us for all eternity. They cried out in pain during the never-ending years of British rule, they lamented the loss of the young to emigration in the decades since and speak of many of life’s simple joys.

Visit Northern Ireland on the Twelfth of July 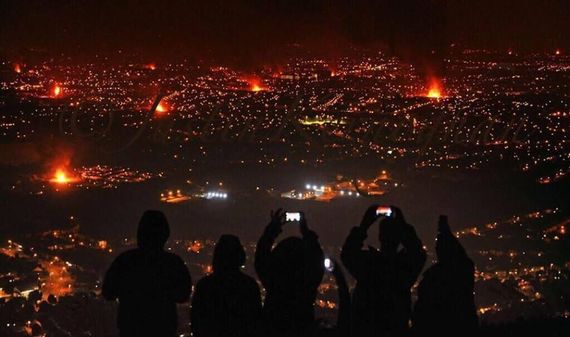 Northern Ireland on the 12th of July: A view of the bonfires across the city.

People often forget that Ireland’s traditions aren’t all green: Orangemen celebrate the 1690 victory of Protestant William III over the Catholic King James at the Battle of the Boyne each year with parades and marching flute bands.

Few would deny the marches have been contentious in years gone by, but in an effort to foster reconciliation nationalists have made efforts to engage with the day. Former President Mary McAleese used to invite Orangemen to visit her at her official residence, Áras an Uachtaráin, on the Glorious Twelfth and no matter your religion if you work in Northern Ireland you’re guaranteed the day off.