This home and historic island in County Donegal is for sale

Inis Saimer, a private island with a move-in-ready house outside of Ballyshannon in Co Donegal, is for sale by its owner. 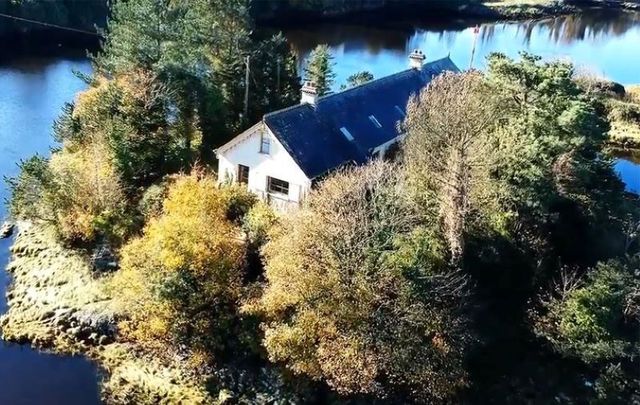 Private home and island Inis Saimer is for sale on the outskirts of Ballyshannon, Co Donegal. FormerGlory.ie

Inis Saimer is just outside of the charming Ballyshannon, Co Donegal on the Wild Atlantic Way.

Inis Saimer, a private residential island off the coast of Co Donegal, is for sale by owner Brendan Connolly, who said he's selling the property "outright without any encumbrances."

Connolly, who has owned Inis Saimer since 1998, told IrishCentral that he has renovated the house on the private island and installed a floating jerry, which only a few islands have. 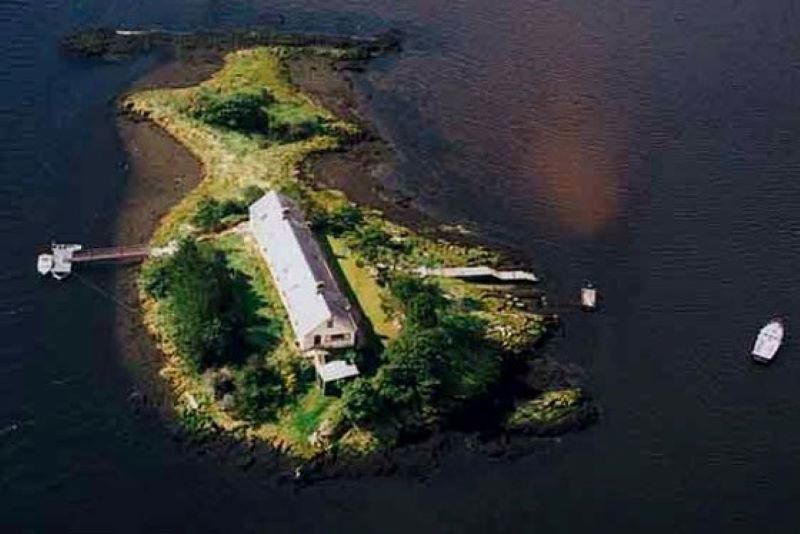 The historic island, that has a move-in ready home on the property, is surrounded by the Erne Estuary in the town of Ballyshannon, Co Donegal on the Wild Atlantic Way.

Former Glory, an Irish website that shares period properties from around the country, says: “Inis Saimer is a sheltered restful place, a discreet island retreat, yet Ballyshannon’s town center with shops, restaurants, etc. is no more than six minutes from the front door of the island’s historic residence.” 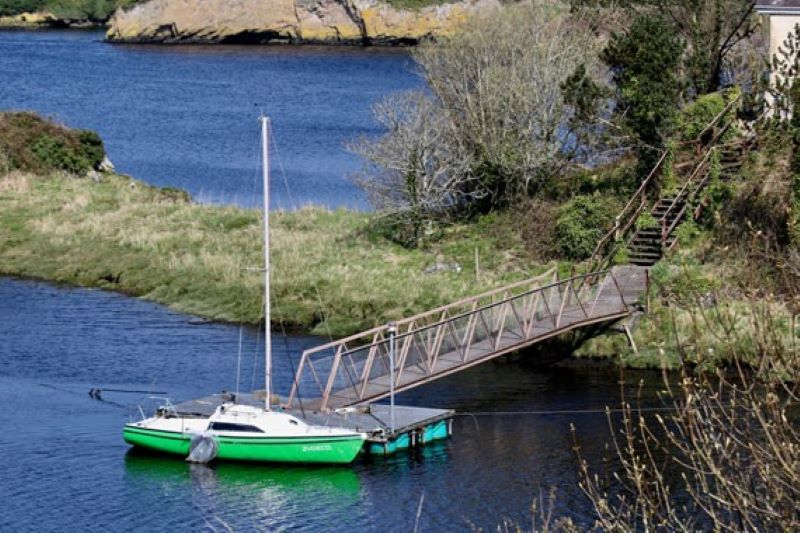 Connolly's website for Inis Saimer says the island’s “very spacious” house was built in the mid-1800s by the Erne Fishery Company as part of the then very lucrative Erne salmon and eel fishery. The home now “boasts a generously proportioned open plan living space, comprising a kitchen and family dining and sitting areas.”

As well as three double bedrooms, the home has a large function/banquet room which features a large window overlooking the western gable, providing a view over the spectacular vista of the Erne Estuary, with the high dunes of Finner and the surf of Donegal Bay.

Outside, a generous balcony/deck connects to the eastern gable and overlooks the Erne River, the Mall Quay, as well as the town of Ballyshannon. An outbuilding with both single and double doors provides extra room for storage. 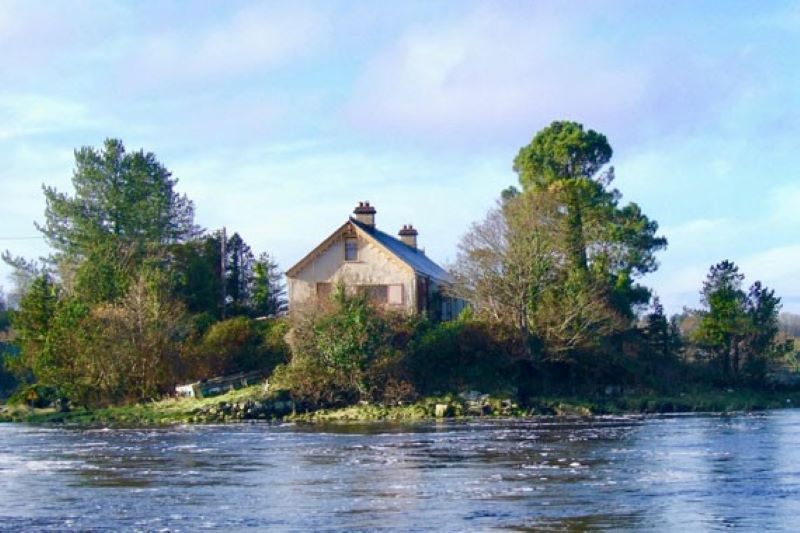 Adventure seekers will find no shortage of activities in the areas nearby to Inis Saimer: world-renowned surfing beaches Rossnowlagh and Bundoran are only a 10-minute drive from Ballyshannon, Mullaghmore’s watersports center is less than a 20-minute drive, and the Killybegs marina and fishing port is about 45 minutes away.

As well as a stunning setting, Inis Saimer is steeped in history. Irish myth has it that Parthalon, a Scythian chief, settled on the island with his followers around 2700 BC and were the first people to set foot in Ireland.

Irish chieftains including the O’Cannons, O’Mulderrys, and the O’Donnells used the island as a protected stronghold, according to historical records, and in the 1100s and 1200s, Cistercian monks resided there.

As part of the Plantation of Ulster, the island was claimed by the British Crown and given to Protestant planters and Trinity College Dublin. The island was previously owned by Thomas Conolly, the Speaker of the first Irish House of Parliament and then-richest man in Ireland.

Interested in owning this charming piece of Irish history? While the price is not listed online, you can reach out to owner Brendan Connolly, who says “you won't need a Lotto win to own this island!” over on his website.