These gentle giants grow to over 20 feet long and are rarely spotted in Irish waters. 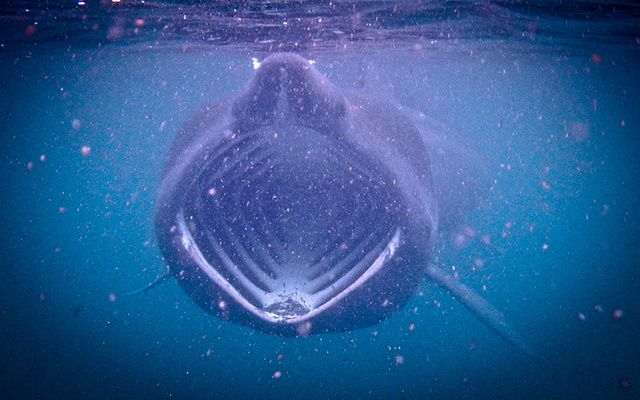 Kayakers off Kerry’s Blasket Islands were in for a rare treat when they spotted a group of five basking sharks.

Basking sharks (which are known as liamháin gréine in the Irish language) are infrequently seen off the Irish coast but pose no threat to people. The gentle giants grow to over 20 feet in length but don’t even have teeth and feed entirely on zooplankton, small fish, and invertebrates.

The holidaymakers who spied them were being shown around by Noel O’Leary of Irish Adventures.

“It was an unreal day. We saw minke whales, Risso dolphins - which are rarely spotted around Ireland - and puffins, as well as five basking sharks," he told the Irish Independent.

"They are amazing animals to watch. You see them coming towards you, but you know they are harmless. They duck a few inches to go under the boat. There is no extra movement. You sit still, and they just pop back up the other side."

Basking sharks are regarded by conservationists as vulnerable and historically were easy targets due to their slow speed and harmless nature. In Canada they were once so abundant they were considered pests and were subject to eradication between 1945 and 1970.

Currently, there are no reliable estimates as to how many basking sharks live in Irish waters.