Votes are in for Ireland’s favorite building - have you been to it?

The public votes are in for Ireland’s favorite new building and we suspect that it’s one that many of you have yet to call into. 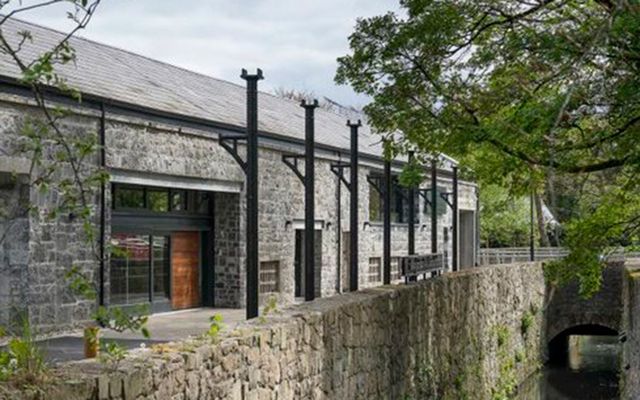 The O’Donoghue Centre for Theatre, Drama and Performance at National University of Ireland, Galway. RIAI

The public votes are in for Ireland’s favorite new building and we suspect that it’s one that many of you have yet to call into. The O’Donoghue Centre for Theatre, Drama and Performance at National University of Ireland, Galway, took home the main prize this year winning over 20% of the 14,000 votes cast.

This is the second time in five years that Taylor Architectes has topped this specific category in the Irish Architecture Awards run by the Royal Institute of the Architects of Ireland, collaborating with Richard Murphy Architects to transform this former factory and engineering department into a new theater space.

Read more: What are the most beautiful buildings in Ireland?

The new university drama complex originally started out in the 1850s as a bleach and flax mill and has taken a turn as a bonded warehouse and as a munitions factory before it became Irish Metal Industries in 1935.

Just before it was transformed into the theater department, the building was used by the engineering school in NUIG before they, too, developed a new building.

The 120-theater space was redeveloped by local contractors Purcell Construction and makes use of retractable tiered seating to create a working space including studio spaces, a classroom, and a workshop and rehearsal room.

The theater beat off 60 other projects across 13 counties, as well as three international projects to claim the top spot. Projects in Hungary, Poland and Palestine created by RIAI-registered architects were also included on the shortlist.

Funding was provided to develop the new space from a local Galway philanthropist and former chairperson of the famous Druid Theater Dr Donagh O’Donoghue.

“The incorporation of the latest technology in the theatre space and elsewhere contrasts attractively with the solid stone walls which remind us of the building’s origins,” said NUI Galway’s vice-president for capital projects Keith Warnock.

“The award adds to the growing appreciation of the physical infrastructure at NUI Galway and reaffirms our confidence in the programme of campus development we have undertaken over the last decade.”

The public vote on a favorite new building was just the first announcement from the Irish Architecture Awards who will reveal the winners of the further 18 categories this weekend. Now in their 28th year, the awards are the primary acknowledgement of architectural success and progress in Ireland.