Which airline is the world’s best low-cost long-haul airline 4 years in a row?

Norwegian has been named ‘World’s Best Low-Cost Long-Haul Airline’ for the fourth consecutive year and ‘Best Low-Cost Airline in Europe’ for the sixth year in a row at the prestigious Skytrax World Airline Awards held in London in July. 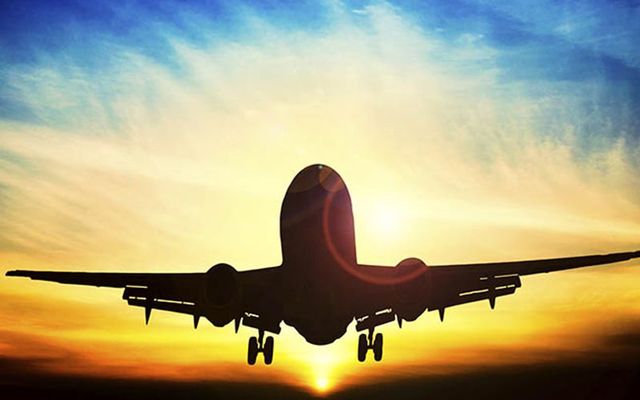 Which airline was named the world’s best low-cost long-haul airline 4 years in a row? Norwegian.

Norwegian has been named ‘World’s Best Low-Cost Long-Haul Airline’ for the fourth consecutive year and ‘Best Low-Cost Airline in Europe’ for the sixth year in a row at the prestigious Skytrax World Airline Awards held in London in July.

The Skytrax 2018 World Airline Awards are independent and impartial and represent the leading international airline rating system as voted for by the traveling public. Norwegian was once again recognized as setting the standard in low-cost travel by providing outstanding service combined with a high-quality product while operating one of the youngest fleets in the aviation industry.

“It is a great honour to once again be recognised as the ‘World’s Best Low-Cost Long-Haul Airline’ and ‘Best Low-Cost Airline in Europe’ at the Skytrax 2018 World Airline Awards. At Norwegian we take great pride in following the core values that we have always stood for, to offer affordable travel to all across our expanding global network. Our modern fleet of aircraft and attentive cabin crew ensure that our customers, whether travelling for work or leisure, enjoy their trip from the moment they step on board. I personally would like to thank all our passengers who voted for us and my 9,500 dedicated colleagues at Norwegian who continuously strive to be the best in the industry,” said Bjørn Kjos, Norwegian’s CEO. 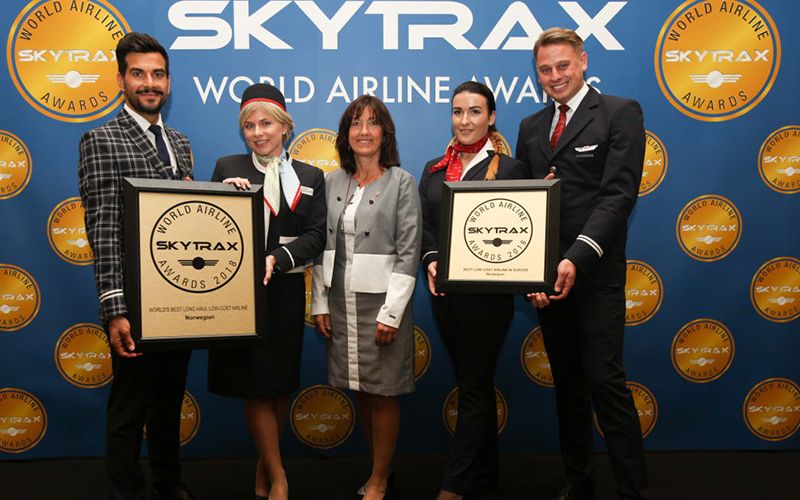 "Norwegian has been a top customer favorite in the World Airline Awards over the last six years, being successful not only in keeping ahead of its low-cost rivals in the survey but also improving its position amongst full-service carrier ratings. This is a truly excellent achievement for an airline that is still undergoing rapid expansion," said Edward Plaisted of Skytrax.

Throughout 2017 and into 2018 Norwegian has continued its global expansion plans and now serves more than 150 destinations in Europe, North Africa, the Middle East, Asia, the Caribbean, South America and the US. It is especially favored as an option for travel between Ireland and the US.

2018 marked a milestone year for the airline as Norwegian launched its first route to South America with a direct service from London to Buenos Aires and its first route between London and Singapore. Transatlantic services were also increased with new flights from London to Chicago and Austin and in June, the airline announced its entry into the Canadian market and expansion from the French Caribbean.

These latest awards add to the growing accolades that Norwegian has already received in 2018 including Value Airline of the Year by Air Transport World; Favorite Budget Airline by Global Travel Magazine; Best Wi-Fi in Europe and Best Overall Passenger Experience Low Cost Carrier Europe at the Passenger Choice Awards; Airline Programme of the Year Europe and Africa at the Freddie Awards in recognition of the airline’s customer loyalty programme – Norwegian reward; and Europe’s Leading Low-Cost Airline 2018 at the World Travel Awards.

Celebrating their 18th anniversary, the World Airline Awards are independent and impartial, introduced in 1999 to provide a customer satisfaction study that was truly global. Travelers across the globe vote in the world’s largest airline passenger satisfaction survey to decide the award winners.

The online survey operated from August 2017 to May 2018, and invitations were sent to all previous year respondents, the survey database totaling 24.45 million customers. Customer surveys were provided in English, French, Spanish, Russian, Japanese and Chinese. The highest nationality increase in the 2018 survey was Chinese customers with an additional 3.5 million entries. Over 100 customer nationalities participated in the survey with 20.36 million eligible entries counted in the results. All survey entries were screened to identify IP and user information, with duplicate, suspect or ineligible entries deleted. 335 airlines are featured in the survey results.

Norwegian is the world’s fifth largest low-cost airline and carried 33 million passengers in 2017. The airline operates more than 500 routes to over 150 destinations in Europe, North Africa, Middle East, Thailand, Caribbean, North and South America. Norwegian has a fleet of more than 150 aircraft, with an average age of 3.7 years, making it one of the world’s youngest and “greenest” fleets.

Norwegian was named the Most Fuel-Efficient Airline on Transatlantic Routes by the International Council on Clean Transportation (ICCT). Norwegian was named the World’s Best Low-Cost Long-Haul Airline by the renowned SkyTrax World Airline Awards in for the past three years, and for the fifth consecutive year, named Europe’s Best Low-Cost Airline. Norwegian employs approximately 9,500 people.