American Airlines glitch could cause Christmas travel nightmare for Irish 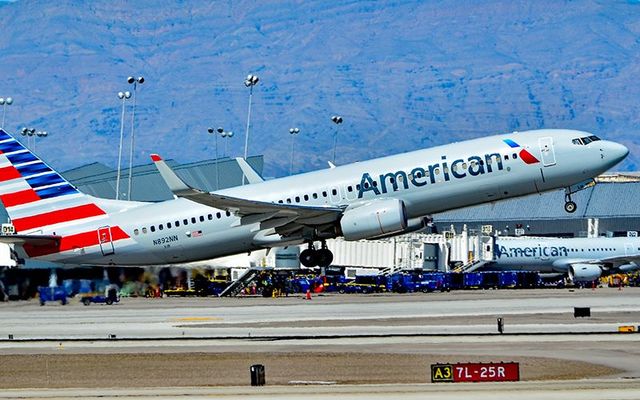 Over 15,000 American Airlines flights in December could be cancelled due to pilot scheduling glitch.

A system error has cause Christmas travel chaos this December with more than 15,000 American Airlines flights scheduled without pilots.Flights to Ireland will be among those impacted.

A glitch in the scheduling system allowed the American Airlines pilots to bid for time off, over Christmas, based on their seniority. The error has left thousands of flights, scheduled between December 17 and 31, without pilots, Reuters reports. The system error was reported to the pilots on Friday, according to the Allied Pilots Association.

American Airlines operates flights out of Dublin, Shannon and Belfast, in Ireland. Newsweek reports that those flights affected include major hubs such as New York, Chicago, Dallas and Miami. The airline operates about 6,700 flights per day.

American Airlines flies to Dublin and Shannon in the Republic of Ireland and Belfast in the North.

If the American Airlines flights are canceled not only would travelers lose out but the airline would forfeit millions in revenue.

Dennis Tajer, a spokesman for the Allied Pilots Association said “Basically there’s a crisis at American for manning the cockpits.”

“I‘m watching a ‘Grinch that stole Christmas’ thing happening. And we don’t want to see that happening for our passengers.”

On Wednesday a spokesman for American Airlines said, “We have reserve pilots to help cover flying in December, and we are paying pilots who pick up certain open trips 150 percent of their hourly rate – as much as we are allowed to pay them per the contract.”

The airline sent an email to their pilots offering them extra pay to work over the holiday season. However, the union filed a grievance saying that some restrictions on overtimes pay violated the pilot’s contract.

As of Wednesday, American Airlines had not reached out to discuss resolving the shortage.

"We are working diligently to address the issue and expect to avoid cancellations this holiday season…  We have reserve pilots to help cover flying in December, and we are paying pilots who pick up certain open trips 150 percent of their hourly rate -- as much as we are allowed to pay them per the contract. We will work with the APA to take care of our pilots and ensure we get our customers to where they need to go over the holidays."