The five All-Irelands in double quick time appear to be a fortnight delayed, only. 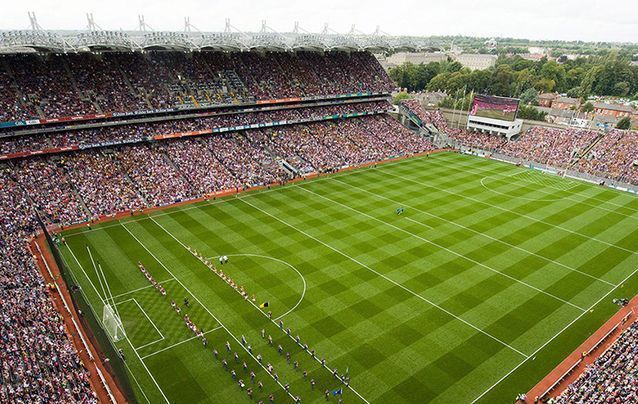 Croke Park: Who will take the Sam Maguire in the replay? RollingNews.ie

How many Kerry players performed u-turns when in possession in the extra seven minutes that were added on to last Sunday’s All-Ireland final?

On examination, I counted 12 such maneuvers. A point in front of the greatest team in the modern era, Kerry only needed one more score to be sure of winning the game, and confounding all of the pre-match expectations and predictions.

Dublin’s jugular was bared for the first time in five years. Kerry stepped away – or, in truth, dared not race into the Dublin half with real intent. That’s why Kerry did not deserve to win their 38th All-Ireland title.

And that is why in the replay on Saturday, September 14, they will still enter the contest as massive underdogs.

For all of their courage and daring on this occasion, they did not declare to everyone watching (and to Dublin!) that they believed they were worthy of stopping Jim Gavin’s crew in their quest for five in a row.

Dublin will talk about this in the days ahead. They will also discuss a performance that betrayed panic, and pressure, as the talk of becoming the first team to do the five was overwhelming in the weeks, days and hours leading into the game last Sunday.

Dublin will feel far less weight on their shoulders in the replay. And if Paul Mannion, Con O’Callaghan and Ciaran Kilkenny (all of whom were contained by a tightly marking Kerry defense) can loosen up and play like we know they can the second day, then Kerry will find opponents in the replay who will not at all resemble last Sunday’s uncertain team.

All of the smart money should stay on Dublin. The five All-Irelands in double quick time appear to be a fortnight delayed, only.