Hafthor Julius Bjornsson, who plays The Mountain on 'Game of Thrones', said that he could "crush" Irish fighting star Conor McGregor in just ten seconds. 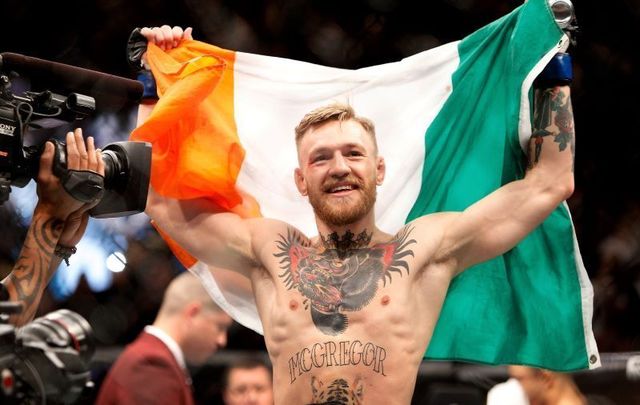 Who would win in a fight - The Mountain or The Notorious? Getty Images

Hafthor Julius Bjornsson, who plays The Mountain on 'Game of Thrones', has said that he could "crush" the Dublin star.

Hafthor Julius Bjornsson, who plays "The Mountain" on HBO's hit series 'Game of Thrones,' has said that he could beat up Irish UFC champ Conor McGregor in just 10 seconds.

The Icelandic professional strongman and actor previously enjoyed a slow-paced sparring session with the Dubliner in 2015....infamously wearing a pair of jeans and a belt.

At the time, footage of the 6-foot-9 colossus and McGregor in the ring went viral. With over 39 million views so far, it certainly paints the Irish brawler as the underdog.

There's probably not many people in the world who would intimidate McGregor, but the 400lb actor is probably top of the list.

"Bring me shorts and put us in a cage, and I'll fight him again," Bjornsson told Off the Ball.

In fact, Bjornsson says if they had a proper throw down, it would take him a mere 10 seconds to crush "The Notorious".

Well, after all, this is the man who crushed Prince Oberyn Martell's skull with his bare hands in one memorable Game of Thrones scene.

Watch your back, McGregor.

Who would you pick to win in a fight - Bjornsson or McGregor? Let us know in the comments!