Ireland international midfielder Conor Hourihane has committed his long-term future to Aston Villa by signing a new three-year contract with the side promoted to the Premier League. 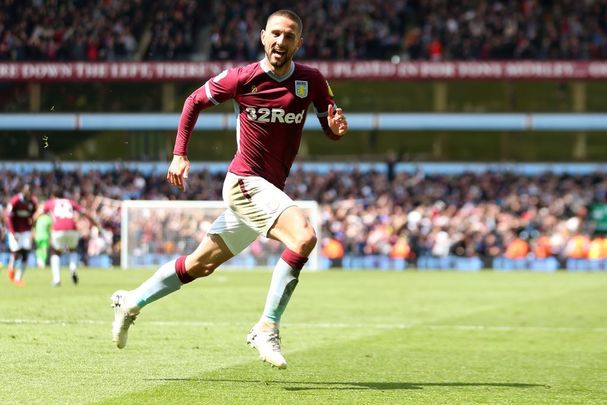 Ireland international midfielder Conor Hourihane has committed his long-term future to Aston Villa by signing a new three-year contract with the side promoted to the Premier League.

The 28-year-old from Cork said, “I’ve waited all my career for the opportunity to play at this level and the time has now arrived.”

In other soccer news, the FAI announced on Monday that outgoing President Donal Conway is the only nominee for the role ahead of the AGM in Meath on Saturday, July 27. Noel Fitzroy, Gerry McAnaney and Paul Cooke will contest the vice-president role but the elections are dependent on rule changes recommended by the Sport Ireland/FAI Governance Review Group being passed at an EGM of the FAI on Saturday.

Debutant Joe Hodge scored a late screamer as an Ireland squad missing 12 players due to club commitments drew 1-1 with Norway in their opening game at the European Under-19 Championships in Armenia on Monday night. Ireland needs a win against France or the Czech Republic in their remaining two games to have a chance of making the semifinals.

European games led to a curtailed League of Ireland program over the weekend when UCD shocked Bohs with a 1-0 win at Belfield on Monday evening while the Students held Derry to a scoreless draw at the Brandywell on Friday night. Sligo drew 0-0 at home to Waterford on Saturday night.

Bohemians striker Danny Mandroiu has won the SSE Airtricity/Soccer Writers’ Association of Ireland Player of the Month award for June.

Ireland will play Women’s World Cup winners the U.S. in a glamour friendly at the Rose Bowl Stadium in Pasadena on August 3.