Frank Snelling, husband of Mary Landrieu, was adopted from Ireland in 1954 at the age of five. 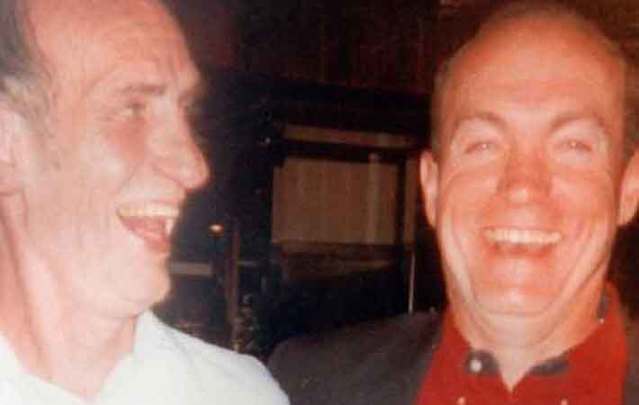 Several years ago, Frank Snellings, with his wife, US Senator Mary Landrieu, traveled to Ireland on a personal journey to learn more about his birth mother. Remarkably, he found a brother he never knew existed.

According to the Irish Times, the couple’s decision to travel to Ireland came at the end of several grueling years. In 1995, Landrieu,  a Democrat, ran, unsuccessfully, for governor of Louisiana.

The following year, she was elected to the senate in a close race.  Her opponent claimed her victory was the result of election fraud. It wasn’t until October 1997 after an investigation that the US Senate confirmed her victory. She lost her seat in 2011.

Snellings says that after they had cleared the debts created from the fight for the senate, he decided it was time to take a journey to the place where he had been adopted from in 1954, when he was five-years-old.

“I looked up and said, ‘Well, it’s time I went to Ireland. ’ That is when this whole chapter began,” Snellings, 64,  told the Irish Times.

Snellings had spent his early years in in Dún Laoghaire at the Cottage Home for Little Children, on Tivoli Road. He says he still remembers the kind woman who looked after them, Ms Eccles, who was also known as Matron. On the day his new family came to pick him up, she told him: "Your mother and father and brother and sister are here from America, and they are here to take you home.”

Snelling was adopted by George Marion Snellings, an attorney, and his wife Marie Louise Wilcox. The couple, from Monroe, LA, had traveled to Ireland after a Church of Ireland minister passing through Louisiana told them about the children available for adoption in Ireland. The couple already had two children but wanted a third, and Mary Louise couldn’t have any more children.

When the Snellings adopted Frank, the home told the couple to throw away his Irish paperwork. His adoptive mother had refused, thinking it was wrong. He says his parents were always honest about his roots.

“They told me from the get-go I was adopted,” Snellings says.

Because his parents were open about his past, Snellings found it easier than most to find his birth mother. His 1954 Irish passport has his birth name, Ernest Dukelow, scratched out with“Frank Snellings” written above it.  His father gave him a file of his records when he turned 18, but Snellings says he decided not to search for his Irish family while his adoptive parents were still alive.

“It would just be too awkward,” he says.

Snellings had always imagined that his birth mother was very young when she had him and that he would have plenty of time to find her, but on his trip to Ireland in 1998, Snellings learned his mother,Suzanne Dukelow, from Durrus, in west Cork, had him in her late 30s or early 40s and had died in the 1970s. Dukelow was single and poor. Somehow, she ended up living in Dublin and Snelling’s birth certificate shows that he was born in Castleknock.

On the trip, Snellings traveled to Durrus and the local Church of Ireland chapel.“I find this local priest, and I start this little story and tell him what I have been trying to do,” he says. “He looks at me and says, ‘We have been expecting you.’ It just takes my breath away.”

Through cousins, Snellings learned that he had an older brother,Percival Dukelow,  born in 1947, who had also been placed in an orphanage.

During the time of Snellings search, Dukelow worked for Joe Costello, a Labour Party senator. According to the Irish Times, it was a chance visit that Dukelow and Costello made to Drewstown House shortly before Snellings went looking for his family that helped make the connection between the brothers. One of Snellings’s Irish cousins knew that Dukelow had lived at Drewstown House and had heard of Dukelow and Costello’s visit. He told Snellings, who rang Costello. It was the senator who arranged for Dukelow and Snellings to speak initially on the phone.

“He is my right-hand man on constituency work,” says Costello, of Dukelow. “They had a long chat,” he says. “He was in floods of tears.”

The brothers met in person for the first time at Buswells Hotel, opposite Leinster House.

“I knew he was my brother by the look of him,” says Dukelow.

“It was emotional and awkward,” Snellings says. “This is a guy who is a piece of you, and you are a piece of him.”

Snellings says his brother was a wonderful fellow who had a “hard, hard life.”

Unlike Snellings, Dukelow was never adopted. He was brought up by the Protestant Orphan Society and sent to several different foster families.

It was not uncommon for siblings to be separated at that time.

“The birth mother may have accessed two different services,” says Patricia Carey, chief executive of the Adoption Authority of Ireland. “She may not have revealed that she had a first child or wanted to say that this was her second. That would be quite common.”

Percy Dukelow, now 67, lived for at time at Drewstown House, a home for children near Kells, in Co Meath. He was sent off to make his own way when he turned 17. He lived in London for 20 years and worked in the building industry. He returned to Ireland and became involved in a trade union and then in the Labour Party, where he met Costello, who he has worked with for 23 years.

Now Snellings and Dukelow call each other every St Patrick’s Day and Christmas Day.

“It is one of those strange tales that has the chance element in it all,” says Costello. “It’s a tale of two brothers and that great divide between the States and Ireland that reaches back into what Ireland was like all those days ago.”