The name Muhammad has skyrocketed into the top 100 for the first time. 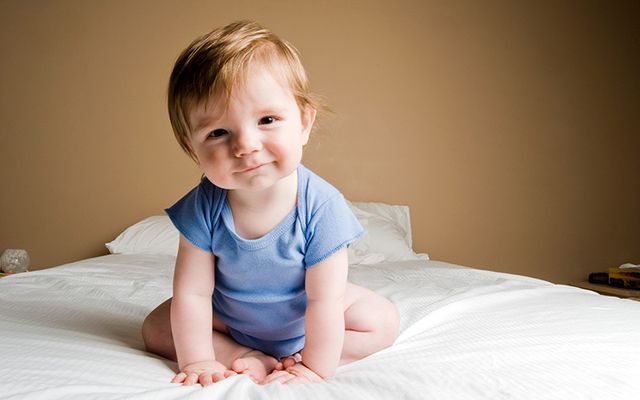 A baby boy in blue. iStock

The name Muhammad has broken into the top 100 Irish baby names for the first time ever.

Last year a total of 85 boys were named after Islam’s holiest prophet – up from 58  in 2015. It meant the name ranked as the 83rd most popular boy’s name in the country – a rise of 36 places in only one year.

Overall, the most popular baby names were Emily and James; James overthrowing Jack as the most popular name from 2015. Meanwhile, among the girls' names Emily continues to reign supreme – the name has been Ireland’s most popular for girls since 2011.

Also in the top 5 were Grave, Ava, Lucy and Amelia, which was tied with Sophie for fifth place. For boys, Jack, Daniel, Conor and Seán took pride of place.

Fifty years ago, however, it was a completely different story with Irish people tending to stick rigidly with traditional names; Mary, Catherine, Margaret, and Ann or Anne were the most common girls’ names and John, Michael, Patrick, James, and Paul for boys.

Today there is greater diversity in the names Irish parents are giving their offspring. Fifty years ago there were only 800 different names given to boys – now that figure has ballooned to 3,456. It’s a similar story for girls' names – in 1966 there were 1,323 names recorded but last year that figure had jumped to 4,526.

Some of those names are pretty unusual – even American sounding – such as Peyton, Brodie, Cruz, Harris, Blake, Lucia or Romy.

The most common Irish language name for boys remained Seán – with Oisín beating Cian into second place and Liam and Fionn placing fourth and fifth.

For girls, Saoirse claimed the top stop – ousting Aoife, which had placed first last year. Caoimhe was third, narrowly followed by Fiadh with Róisín in fifth.