Irish man James Graham fought with such distinction at the Battle of Waterloo that he was recommended for decoration. 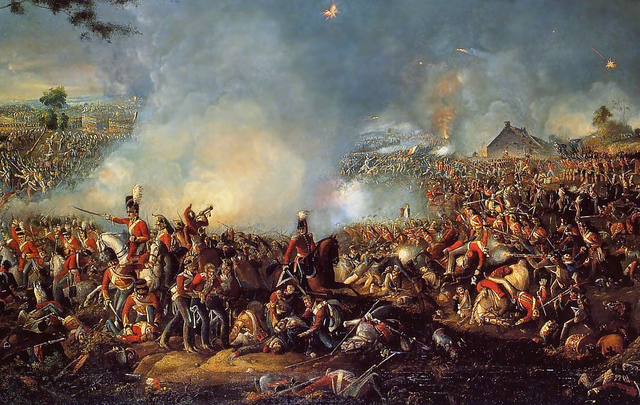 The Battle of Waterloo: Irishman who fought with such distinction that he was recommended for decoration by the Duke of Wellington himself. WILLIAM SADLER PAINTING / PUBLIC DOMAIN

James Graham won the distinction of "the most valorous NCO at the Battle of Waterloo" for his heroism in the face of the enemy and for risking his life for his comrades at Hougoumont.

Though many will know of the Battle, what they might not know is that the Duke of Wellington was an Irishman, believed to have been born in what is now Dublin's Merrion Square, and one-third of his army at the Battle of Waterloo were Irish.

To commemorate the event we’ve delved into records on Findmypast that tell us more about the battle and those that fought in it. In the contemporary reports found in newspaper archives, one name crops up more than most, that of Irishman James Graham, a man who fought with such distinction that he was recommended for decoration by the Duke of Wellington himself.

Fighting with the Coldstream Guards, Serjeant Graham was in the thick of the battle at Hougoumont, one of the anchor points for Wellington’s line. This small chateau, defended by a tiny number of Irish, Scottish, Welsh, English, and other troops was assailed by almost 18,000 French troops during the battle. At around midday, the defenses were being breached, as a French officer managed to hack the gates open with an ax. Hand-to-hand fighting broke out, and Wellington began to commit more troops to hold Hougoumont.

The breach was short-lived, however. Serjeant Graham and the officer in charge fought to close the gates, shutting out the French infantry attacking the position. Graham’s courageous exploits didn’t end there; later in the day, he ran into the burning buildings of Hougoumont, rescuing a number of wounded men, including his own brother.

For his heroism in the face of the enemy and risking his life for his comrades, Graham won the distinction of ‘the most valorous NCO at the Battle of Waterloo selected by the Duke of Wellington. His bravery has been widely reported in newspapers since then.

James Graham is just one of a great many Irishmen who served with distinction and courage in battles like Waterloo throughout history. The records that tell their stories can be found on Findmypast where you can also discover the heroes in your own Irish family history.

The Thanksgiving tradition of Ragamuffin Day in Irish neighborhoods