Where Irish history was made - Top towns and places

Irish history has had many famous moments that changed the country and the people forever. 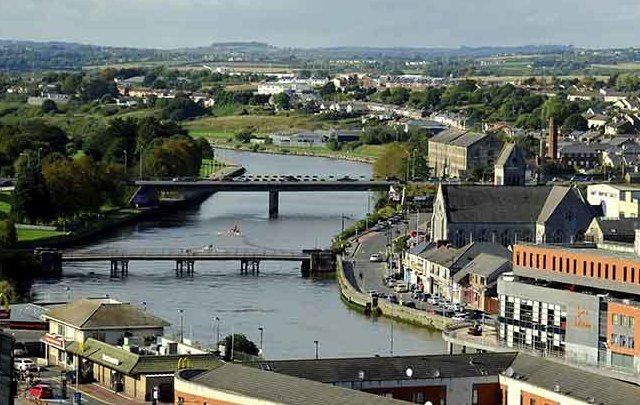 Drogheda, County Louth: Irish history has had many famous moments that changed the country and the people forever. iStock

Irish history has had many famous moments that changed the country and the people forever.

Here's a list of the towns and places that witnessed such moments:

Three miles outside the town the Battle of the Boyne which changed Irish history took place in 1690.

The fabled prehistoric site of Newgrange is about seven miles away.

The capture of the town in 1649 and subsequent slaughter of civilians by Oliver Cromwell is also well remembered in the town itself.

The head of Catholic martyr Oliver Plunkett is in the local St. Peter's Church.

On Tuesday, January 21, 1919, between the hours of 12:30 pm and 1 pm, two Royal Irish Constabulary (RIC) constables were ambushed near Tipperary town and shot dead by the IRA. This attack is generally regarded as the start of the Irish War of Independence which led to the Irish Free State and partition. Local IRA leaders Dan Breen and Sean Treacy became the most wanted men in Ireland as a result.

The Roscommon site was the location of the estate of the Anglo-Irish Mahon family from about 1671 until 1982.

On November 2, 1847, the patriarch of the family and landlord of the surrounding estate, Major Denis Mahon, was assassinated by several local men in an incident that became infamous across Ireland and Britain at the time.

The killing was motivated by the removal of starving tenant farmers from the estate lands during the Irish Great Hunger of 1845. The killing of Denis Mahon did not halt the evictions, and eventually, over 11,000 tenants were removed from the Mahon estate during that period.

There is a museum commemorating the Great Famine of 1845 in the town.

The Kilmichael Ambush was just that, an ambush near the village of Kilmichael, in County Cork, on November 28, 1920, carried out by the Irish Republican Army (IRA) during the Irish War of Independence. It was one of the biggest battles of the Irish War of Independence. Thirty-six local IRA volunteers commanded by Tom Barry killed seventeen members of the RIC Auxiliary Division.The Kilmichael ambush was politically as well as militarily significant. It occurred one week after Bloody Sunday, marking a profound escalation in the IRA campaign.

A small village and crossroads outside Tralee was the scene of the worst massacre of the Irish Civil War in March 1923. On The March 6, nine Republican prisoners were tied to a landmine at Ballyseedy and the mine was detonated and the bodies were raked with machine gun fire. Amazingly one of them Stephen Fuller survived and lived to tell the tale having been blown to safety but badly injured. He survived.

The seat of the Irish High Kings. The Hill of Tara is documented in the 11th-century text “The Book of Invasions” as the seat of the high kings of Ireland from the times of the mythological Fir Bolg and Tuatha Dé Danann to the 11th century.

Tara was continuously used as a sacred and/or a political center from the Neolithic period to the 1100s AD.

Centuries later Daniel O’Connell held one of his monster rallies said to have attracted 750,000 people there in 1843.

It is the ecclesiastical capital and formerly the pagan capital of Ireland – the seat of the Archbishops of Armagh, the Primates of All Ireland for both the Roman Catholic Church and the Church of Ireland.

In ancient times, it and nearby Navan Fort (Eamhain Mhacha) was one of the great royal capitals of pagan Gaelic Ireland. Today it is home to two cathedrals and the Armagh Observatory.

“Town of Tears” in Cork where hundreds of thousands left for America on the one-way passage especially during Famine times.

The Lusitania sank just off her coastline and the bodies are mostly buried there in lead coffins. Nowadays a local museum retraces the extraordinary history.

In May 1798 the United Irishmen rebellion against the British began and Wexford was the focal point.  It was the most successful of all the uprisings that occurred throughout Ireland during the summer of 1798, lasting from May 27, 1798, until about June 21, 1798. The Wexford Rebellion saw significant rebel victories in Oulart, Enniscorthy, and Wexford town before it was brutally put down at Vinegar Hill. A local visitors center and museum recaptures the age.

A plaque was unveiled on the island in 2002 commemorating the extraordinary achievement of linking the two continents.