Did you know a cave in Ireland is home to the “Gates to Hell”?

We all know Ireland is heavenly - but this spot in a Co Roscommon field has a sinister nickname! 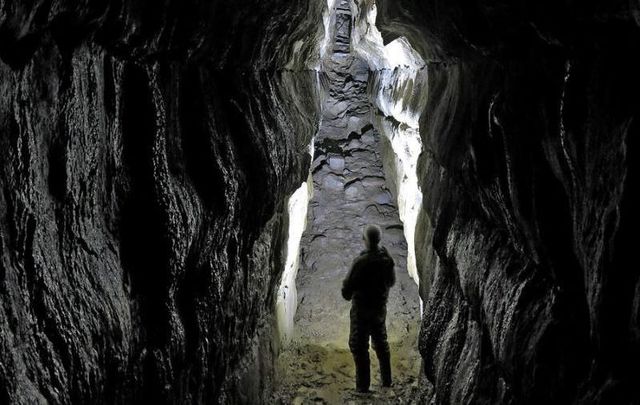 Did you know that there is a prehistoric "entrance to the otherworld" tucked away in a hidden corner of a Roscommon field?

The Oweynagat - or Cave of the Cats - is essentially located in a ditch in a modern field boundary in the archaeological goldmine of Rathcroghan - the ancient capital of Connacht that is home to more than 240 ancient monuments.

At least 28 monuments in Rathcroghan are more than 5,000 years old and date back to Ireland's Bronze Age, but it is the Oweynagat that is perhaps the most intriguing monument at the site, especially at this time of year.

"The Gates to Hell", as fearful Christian scribes described it, is unremarkable from above-ground; an earthen mound that once surrounded the entrance was almost completely removed in the 20th century to enable the construction of a laneway and the monument now stands in poor condition as a result.

However, the monument remains mercifully intact below ground.

A passageway known as a souterrain leads from the entrance for around three meters until it reaches a natural underground cave.

The passageway was initially built as a double souterrain, but one side has caved in, and it also consists of two ogham stones which were taken from nearby monuments and used in the roof of the souterrain.

One of the ogham stones features the words Fraech son of Medb, a likely nod to the mythological Queen Mebh, who ruled Connacht from Rathcroghan, according to Irish folklore.

The souterrain eventually leads to a 30-meter-long rift chamber that was once believed to hold the gate to the underworld.

Early Christians believed that the gate opened on Halloween every year, allowing dead souls to enter the world of the living from hell through a portal, while others believed that dangerous beasts emerged from the cave, including a triple-headed monster.

The Oweynagat is now part of the Rathcroghan Visitor Center where tourists have been flocking in growing numbers in recent years to experience the oldest and largest unexcavated royal site in Europe.

You can learn more about Oweynagat here: