The alleged killer moved into Maplecroft after her acquittal. Her Irish maid was a key witness in the murder trial. 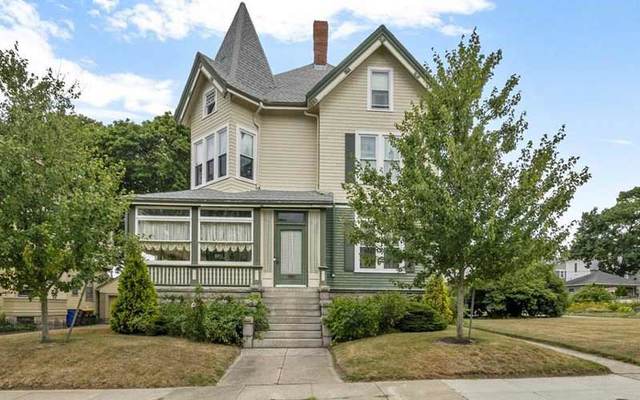 Maplecroft, the former home of suspected ax-murderer Lizzie Borden, is up for sale in Fall River, Massachusetts. Century 21

The home of alleged ax-murderer Lizzie Borden is up for sale. Her Irish maid was a key witness in the sensational 19th-century murder trial.

Maplecroft, the house in Fall River, Massachusetts, where the suspected ax-murderer lived until her death in 1927, has hit the market for $890,000.

Borden was the sole suspect in the brutal murders of her father Andrew Borden and stepmother Abby, which occurred in the Borden family home on the morning of August 4, 1892. A key witness in the trial was the Bordens' Irish maid, Bridget Sullivan. 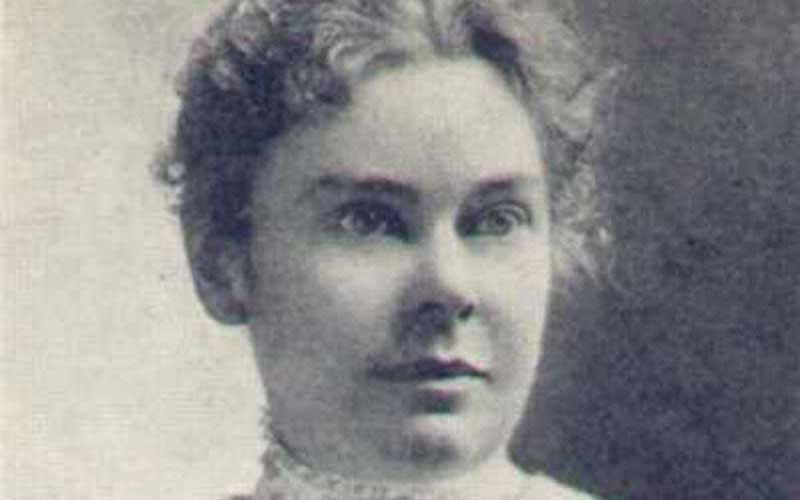 In 1893, after being tried and acquitted of the murders, Borden moved into the house at 306 French St. with her older sister Emma.

Maplecroft was built in 1887 and is located in the historic Highlands District. Borden herself reportedly gave the property its name, which is engraved into the top granite step at the front door. 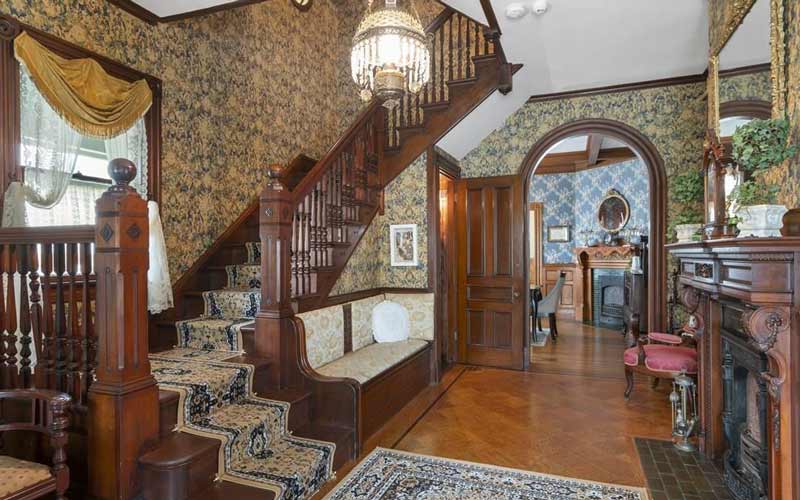 The 4,000-square-foot mansion, which is situated on just under half an acre of land, has seven bedrooms, three-and-a-half baths, and six fireplaces. The Queen Anne-style home features stained glass, walnut wainscoting, inlaid parquet floors, an enclosed porch, and tin ceilings in the kitchen. 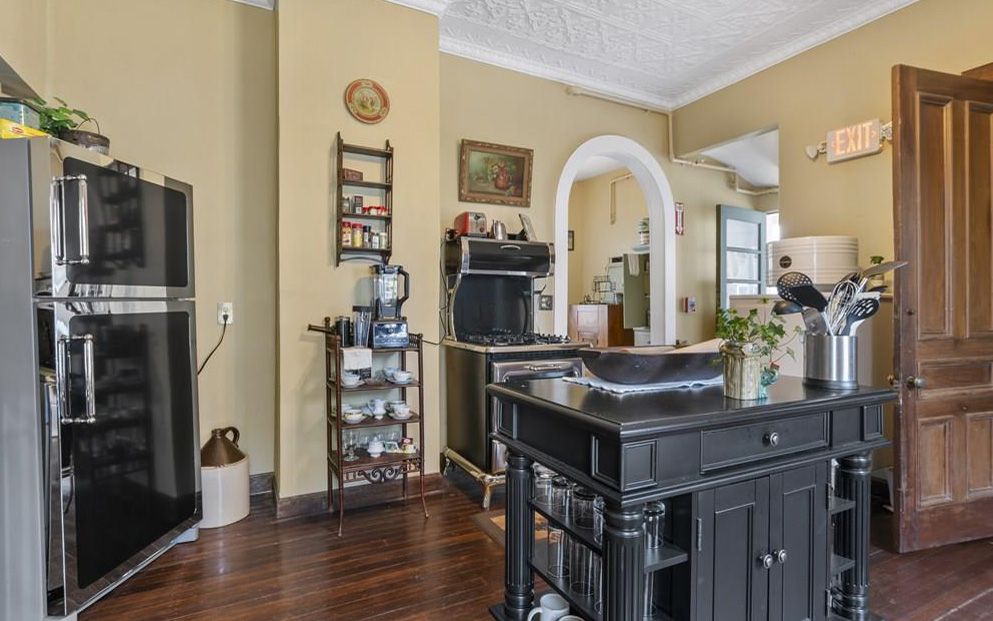 The house has recently been beautifully restored to its Victorian-era style but, according to the listing, includes today’s modern conveniences.

It is being sold fully furnished with period pieces. 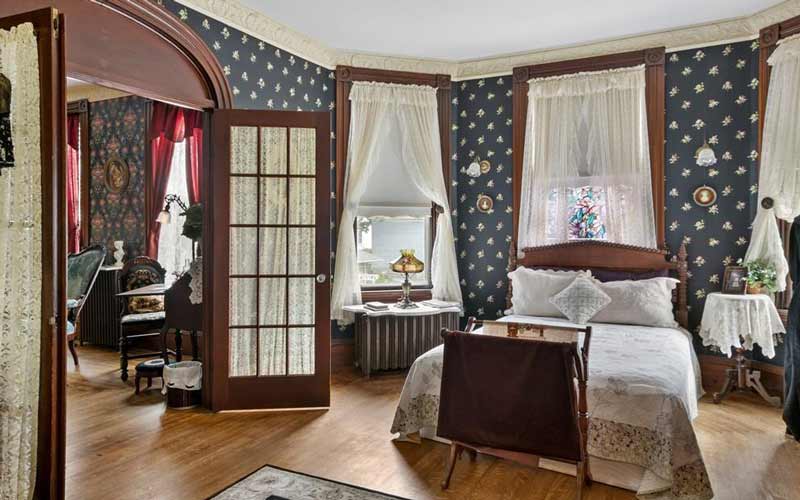 In 2018, Maplecroft was purchased by Donald Woods and Leeann Wilber, who operate a bed-and-breakfast and museum at the former Borden family home on 230 Second St., where the infamous murders took place.

Woods and Wilbur purchased Maplecroft for $500,000 from Kristen Bates of Texas, who had spent two years restoring the home to its original Victorian-era glory.

The new owners spent an additional $200,000 on infrastructure repairs, including a sprinkler system. 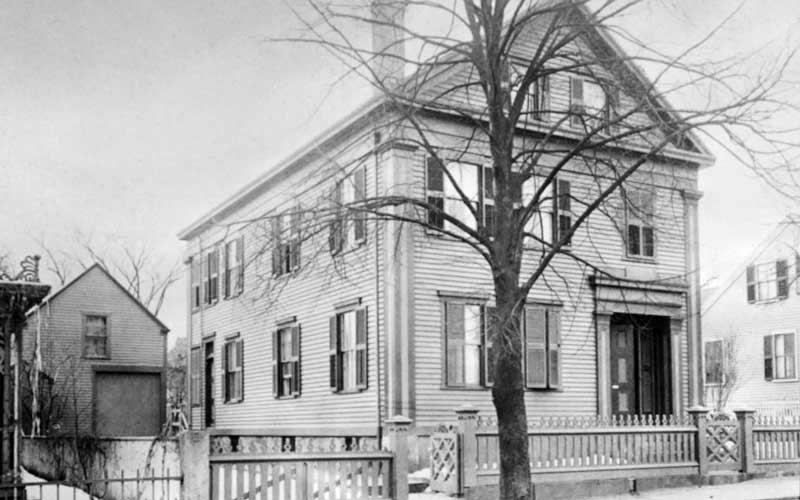 Read More: Would you be brave enough to spend a night in Lizzie Borden’s killing room?

Woods and Wilbur intended to convert the house into another bed-and-breakfast, but they decided to abandon the venture after the city’s building department placed demands on the potential business and requested more renovations to the house, including the installation of an elevator.

Jerry Pacheco, the operational manager of the Lizzie Borden Bed and Breakfast Museum, told the Herald News that the COVID-19 pandemic was “the final nail in the coffin” for the new business.

Maplecroft was listed for sale again in July.

The Century 21 listing for the property can be found here.