Listen to the earliest known recording of John F. Kennedy

Kennedy spoke as a 20-year-old undergraduate at Harvard about the controversial nomination to the Supreme Court of a Senator by FDR. 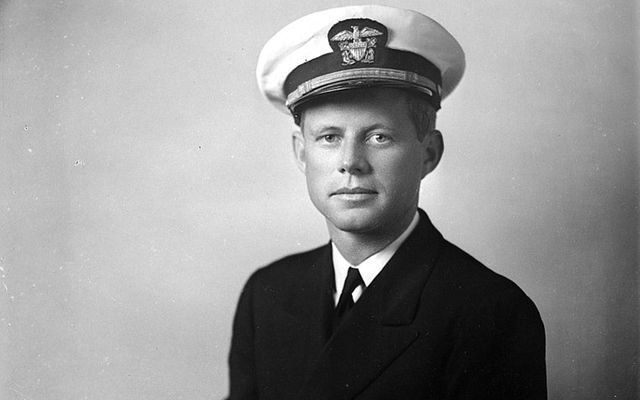 The first known recording of JFK speaking has emerged from Harvard University.

The then-20-year-old future President was recorded giving his thoughts on the appointment of the Alabama Senator Hugo Black to the US Supreme court by President Franklin D Roosevelt.

JFK, in the same clear and confident voice that carried him to the White House, began by saying, “We all know the circumstances surrounding Mr. Black’s appointment to the Supreme Court.”

Continuing, “Whether Mr. Black’s appointment to the Court is the correct one is hard to say. It was evidently made in the heat of presidential anger at conservative elements who did not back Mr. Roosevelt’s [unintelligible] plan.”

Strikingly, unlike today, courtesy titles such as ‘President’ or ‘Senator’ are not used. Instead, the two politicians are called ‘Mr’, a practice that has gone out of style.

He then takes the time to rubbish Black’s behavior, telling the crowd, “Mr. Black’s stand for the last few months, few weeks rather, that has been one of secrecy. Something that a Supreme Court Judge should not be expected to do.”

Kennedy’s reservations about Black, however, were ultimately not shared by the Supreme Court, although his membership of the KKK led the usually genteel Senate to shake of precedent and debate his appointment. Whereas such a process is normal and expected in the modern era, for decades prior to that the Senate had confirmed Presidents’ nominees with minimal fuss.

Black was eventually confirmed 63-13 and took his seat on the Supreme Court, where he would remain for 34 year years.

Read More: JFK's only grandson on life, Obama, and Caroline Kennedy in government

Once capped in the black gown of a justice he confounded many of his critics with his support for Civil Rights; he joined the unanimous ruling in Brown v Board of Education that deemed segregation in US schools unconstitutional.

However his judicial philosophy would be hard to characterize as that of a hardline liberal; he refused, for instance, to join with colleagues to rule the death penalty unconstitutional, noting that the fourteenth and fifth amendment to the Constitution made reference to the taking of “life”, thus rendering the practice constitutional.

What do you think of the earliest known recording of JFK? Share your thoughts on listening to it in the comment section.