Celebrating the link between the Kennedy’s and County Wexford with new growing collection. 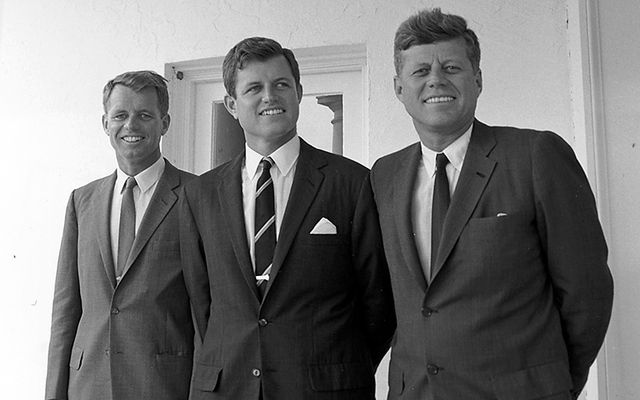 As part of the fifth annual Kennedy Summer School, earlier this month, the Wexford County Council in association with the Kennedy Summer School is launching the ‘New Ross Kennedy Book and Research Archive’ at New Ross Library to mark the 100th Anniversary of John F. Kennedy’s birth.

A collection of books, publications, audiovisual recordings and other research materials on the Kennedy Presidency, Kennedy Family, and the link between the Kennedys' and County Wexford have been gathered and the collection will be added to over the years and maintained for public use.

Kennedy’s family traces their roots back to Dunganstown in County Wexford. Patrick Kennedy, JFK's great-grandfather left Ireland during the Great Hunger in 1848.

The collection was officially launched by leading historian and author Richard Aldous, who also at the event spoke about his forthcoming book, ‘Schlesinger: The Imperial Historian', which tells the story of the architect of JFK's presidential legacy-and the myth of Camelot-Arthur Schlesinger Jr.

Speaking of the new collection at the library, Eileen Morrissey, Wexford County Librarian told Waterford Today "We are delighted to hold the New Ross Kennedy Book and Research Archive. It is a collection of wide variety and contains items of unique interest including a number of books written by John F. Kennedy before taking up political office, LIFE magazine from the 1960s, and other contemporary publications. The New Ross Standard from June of 1963, during President Kennedy's official visit to Ireland will be displayed at the launch along with other pieces of memorabilia."

Great launch earlier of the Kennedy Book and Research Archive. We are delighted to have opening such a valuable asset for our town! #JFKSS pic.twitter.com/06AJyOzRIZ

Director of Services Wexford County Council at Wexford County Council Eamonn Hore said "This is another important occasion in New Ross further strengthening our proud heritage and links with President John F. Kennedy and the Kennedy family. This collection will be available to locals and visitors alike for viewing; it will be exciting to see the collection grow even further as additional publications and memorabilia are gathered over the years."

Check out this old footage of Kennedy visiting Wexford in 1963, the year of his death:

Following the new Kennedy collection launch was the official opening of the Kennedy Summer School by Katherine Zappone, Minister for Children and Youth Affairs. Highlights of this year’s event included an audience with the speech writer for Barack Obama Cody Kennan, Ian Paisley Jnr MP on Brexit and its various implications for Ireland, Bob Shrum reflections on his involvement in Edward Kennedy's 1980 presidential election campaign, Caitriona Perry on Translating Trump and a panel of experts on U.S. and Irish policies and politics.