The Galway-based company Euro Note Souvenir is releasing a limited batch of collectible bank notes featuring the image of the Irish American president. 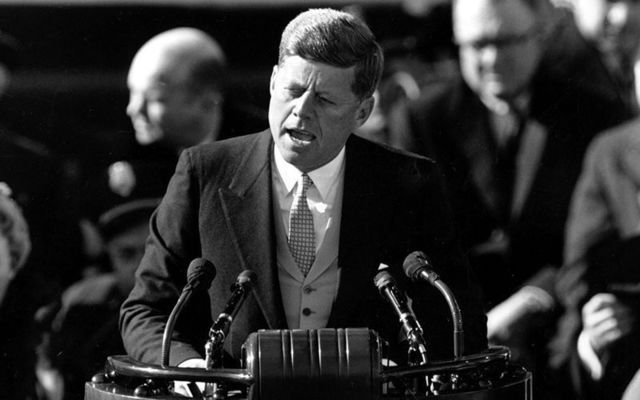 President John F Kennedy is being honored with a collectible Euro commemorating the 60th anniversary of his inauguration.

The Galway-based company Euro Note Souvenir is releasing a limited batch of 10,000 bank notes featuring the image of the Irish American president.

The 0 Euro souvenir banknotes are printed by by Oberthur Fiduciaire, one of the official printing houses for the European Central Bank (ECB), located in France.

The souvenir banknote is printed on real money paper and has all the security features of a regular banknote, including micro print, watermark, ultraviolet sensitive invisible ink and hologram, according to EIN Press Wire.

"Many Irish take enormous pride in JFK’s heritage, as he was the first Irish-Catholic President of America," says Peter Schneider, Managing Director of Euro Note Souvenir Ltd. "Even decades after his passing, there is a profound desire for commemoration.”

In 1963, the president visited Ireland, including the cottage at Dunganstwon near New Ross Co. Wexford, where his ancestors lived before emigrating to America in the 1840s, during the famine.

During his stay, he was granted an armorial bearing by the Chief Herald of Ireland and received honorary degrees from the National University of Ireland and Trinity College in Dublin.

He also attended a State Dinner where he was conferred with the freedom of the towns and cities of Wexford, Cork, Dublin, Galway, and Limerick. Kennedy also became was the first foreign leader to address the Houses of the Oireachtas (the Irish parliament).

The limited commemorative banknotes, which retail for €6,15,  can be pre-ordered on the company’s website.