Irish imprisoned in Bermuda during the Great Famine for stealing food

How the Whelan family, from North Tipperary, were sentenced to ten years in the penal colonies for stealing food during Ireland's Great Hunger. 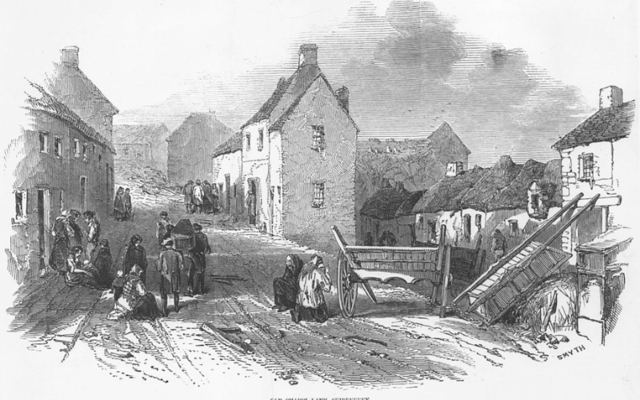 How the Whelan family, from North Tipperary, were sentenced to ten years in the penal colonies for stealing food during Ireland's Great Hunger.

One hundred and seventy years ago the Great Famine was ravaging Ireland. Hundreds of thousands perished from starvation and disease in 1847. Increasingly desperate, people were willing to break the law in order to survive.

Crimes of all kinds, particularly the theft of food, had soared. However, no compassion was shown even if it was a matter of life and death for those breaking the law. One tragic story was that of the Whelan family from North Tipperary.

In January 1847, two sheep were stolen from the farm of George Birch Esq who owned several hundred acres of land at Monahinch near Roscrea, Co Tipperary. In the following days five members of the Whelan family - four brothers and their sister Nancy - were arrested for the robbery.

They were hauled before the courts on January 22, 1847, and this proved to be a life changing event. While Nancy and one brother were acquitted, three siblings – William, Denis and John Whelan – were found guilty.

Despite the fact the country was in the grip of the Great Famine and one of the Whelans had six children, the judge showed no mercy. Their punishment was cruel. Each of the three brothers was sentenced to ten years of transportation. This would see them shipped to penal colonies far from Ireland where they would serve out their sentences in brutal conditions.

During these years Irish prisoners, such as the Whelan brothers, were transported to the remote British colony of Bermuda along with prisoners from across Britain. There they served out their sentences in grueling conditions.

They were incarcerated on prison hulks – ships converted into floating prisons and moored off the coast. During the day they had to work constructing dockyards for the British Navy on the island. Whether the Whelans survived this rough punishment is not clear.

While their story is tragic the Whelan brothers were just three of the thousands of Irish men and women sentenced to transportation during the Great Famine. In many cases, their crime was that of stealing food in order to survive.

*Fin Dwyer Is a historian, author, and creator of the Irish History podcast, which you can listen to here.