The belief that Irish bards could rhyme a rat to death began with the early Celts. 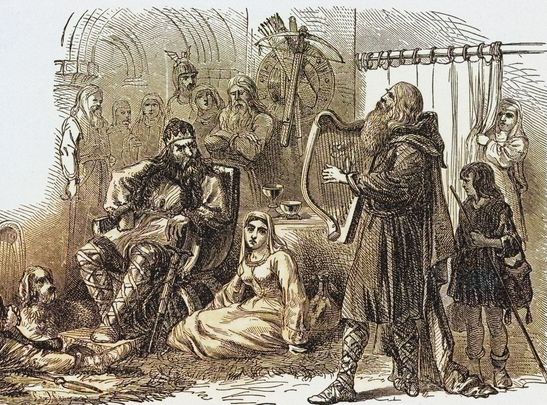 The belief that Irish bards could rhyme a rat to death began with the early Celts. Getty

Incredulous as it seems, the idea that Irish bards could kill rats with poetry was a popular belief in Elizabethan England.

In Shakespeare’s ‘As You Like It’ there is a moment when the heroine Rosalind finds little love poems for her scattered in the woods. “I was never so berhymed,” she says, “since Pythagoras’ time that I was an Irish rat.”

In Norton Shakespeare a footnote attempts to explain the line:

I was never overwhelmed with rhyme since the days of the ancient Greeks, when I was an Irish rat. Alluding to Pythagoras’ doctrine of the transmigration of souls and to the popular belief in England that Irish bards were capable of rhyming rats to death.

In Jonson’s Poetaster, a character says: “I could do worse/…Rhime them to death, as they do Irish rats/ In drumming tunes.”

And Philip Sidney notes in his Defence of Poesie: “I will not wish unto you … to be rimed to death as is said to be done in Ireland.”

This belief in the Irish poet’s powerful pest extermination abilities actually began in Ireland. Bards were revered in ancient Ireland, and the early Celts believed their poets could literally kill with magical satire, reports John Kelly for Slate.com. Satirical “crimes of the tongue” were even criminalized in early Irish law.

But the link to deadly Irish poetry and mice killing can be attributed to Seanchan Torpest, a sixth-century bard who, according to folklore, suspected some rodents ate a meal his wife left for him. He vowed to make them pay by composing this piece:

Mice, though sharp their snouts,

Are not powerful in battles;

I will bring death on the party

For having eaten Bridget's present.

Small was the present she made us,

Its loss to her was not great,

Let her have payment from us in a poem,

Let her not refuse the poet's gratitude!

You mice, which are in the roof of the house,

Arise all of you, and fall down.

According to a 19th-century Irish folk historian: "And thereupon ten mice fell dead on the floor from the roof of the house.”

The bardic tradition continued through the 17 century, along with the superstitions about the poet’s’ craft. Today, literary scholars even believe there is evidence that the rat-rhyming tradition lives on in the “cursing and name-calling” of Ireland’s modern poets, such as William Butler Yeats and James Joyce.

On This Day: Henry Ford, son of an Irish immigrant, dies in 1947