Iconic Dublin street signs up for sale on eBay

Signs from Moore Street, Bachelor's Walk, and O'Connell Street are all up for sale on the e-commerce site for a whopping €1,000 ($1125) each. 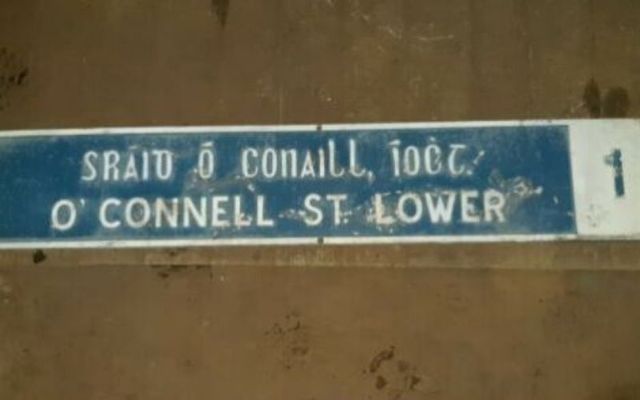 This O'Connell Street sign is one of several iconic signs up for auction. eBay/catchoftheday007

A number of original street signs from some of Dublin's most iconic streets are up for sale on eBay.

Signs from Moore Street, Bachelor's Walk, and O'Connell Street are all up for sale on the e-commerce site for a whopping €1,000 ($1125) each.

A total of four signs are up for sale, with two O'Connell Street signs available for purchase.

O'Connell Street is Dublin's main thoroughfare and one of the most instantly recognizable roads in Ireland.

Home to the 390-foot Spire and a bullet-riddled statue of Daniel O'Connell, the street is best known for its role in the 1916 Rising.

Irish rebel forces seized control of the General Post Office located halfway down the street on Easter Monday 1916, and it became the headquarters of the rebellion.

Patrick Pearse, one of the leaders of the rebellion, also read the Proclamation of the Irish Republic aloud to onlookers and bystanders on the street, then known as Sackville Street. 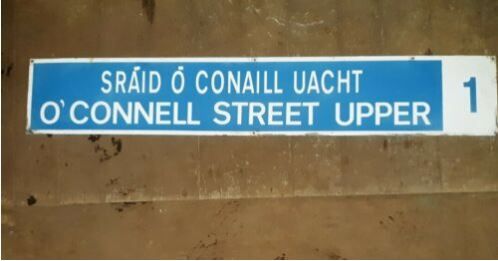 Moore Street, meanwhile, is similarly steeped in history and also boasts links to the 1916 Easter Rising.

The street is home to Ireland's oldest food market and its fresh fruit and vegetable vendors lend a character to the city not matched anywhere else in Ireland's capital.

Read more: The Swede and the Finn who fought at the GPO in the 1916 Rising

In 1916, the remaining rebel forces surrendered from number 16 Moore Street after fleeing from the GPO. Pearse sent Elizabeth O'Farrell from the house with a note of surrender after the rebels had tunneled through numerous houses on the street.

Of all the signs up for sale, the Moore Street sign is by far the oldest and the most antique, dating back to around 1904. 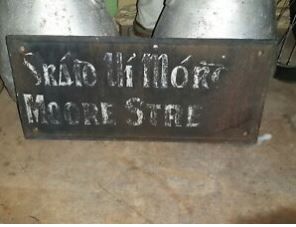 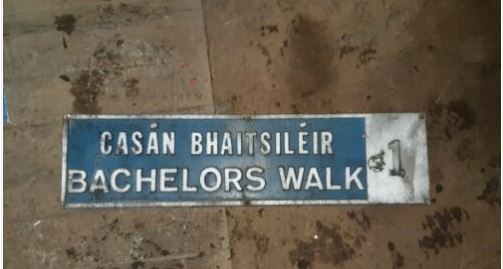 The street was the setting of "Bachelors Walk", a popular tv series that ran for three seasons in the 2000s.

Bachelors Walk was the scene of a bloody massacre in 1914 when the King's Own Scottish Borderers, a column of British Army troops, opened fire on a hostile crowd, killing four civilians and injuring dozens more.

All four street signs are up for sale for the next three days and would be perfect for any collector of Irish history.