He went missing 99 years ago but only now will his family be able to mourn him at his graveside. 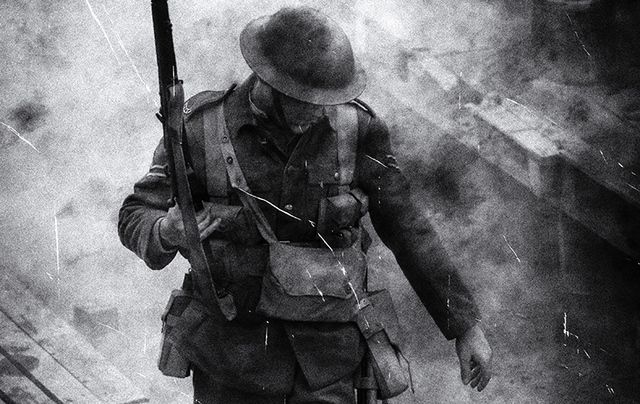 99 years after his death Lieut William Frederick MacHutchison's grave has been found. iStock

The final resting place of an Irish soldier who went missing in the First World War has been discovered, 99 years after he was last seen alive.

Lieut William Frederick MacHutchison disappeared in March 1918; the 23 year old had been shot in the head and left to seek treatment in a nearby village.

That was the last his comrades would ever see of him again and his name was added to the ever growing list of soldiers who died in “the Great War for Civilisation”. It is thought he must have been caught up in the German Spring Offensive - Berlin’s last desperate attempt to win the war before the arrival of limitless troops and treasure from the United States.

Belfast-born, MacHutchison grew up in the affluent south-Dublin suburb of Darty and joined the Royal Dublin Fusiliers 8/9 Battalion attached 1 Battalion. ‘The Blue Caps’ as the regiment was nicknamed in the British Army recruited mainly in the counties of Dublin, Wicklow, Kildare, Meath and Carlow.

Upon the outbreak of war in 1914 the ranks of the regiment were swelled by young men of various backgrounds eager to fight “for the freedom of small nations”, as urged by John Redmond, the leader of the Irish Parliamentary Party. But the freedom of small nations came at a high price; MacHutchinson and a further 4,776 of his fellow Blue Caps would never see home again.

Three years after he went missed his parents, John and Jane, passed an In Memoriam notice in the Irish Times announced he was “missing, believed killed” in France.

Now he is missing no longer; the Commonwealth War Graves Commission has concluded that MacHutchinson is an ‘unknown Fusileer’ in the Villers-Bretonneux Military Cemetery. The realization comes after 12 years of forensic investigation by historian Tom Tulloch-Marshall.

Nearly a century after his death MacHutchinson will now be named on his headstone and the re-dedication ceremony this Wednesday will be attended by his great-niece, Sandra Harper, and her son, Colin.

Harper admitted she felt “gobsmacked” when she heard the news that her uncle’s body had been identified after so many decades.

“I feel very sad that his parents and his brothers and sisters did not know that he had a proper grave,” she told the Irish Times.

With that in mind, the headstone's inscription will read,  “Lovingly remembered by his parents John and Jane, brothers George and John and sister Kathleen.”