Fermanagh man Tyrone Monaghan says that he defeated Muhammad Ali in a sparring session in his backyard in 1983 at the age of just 17. 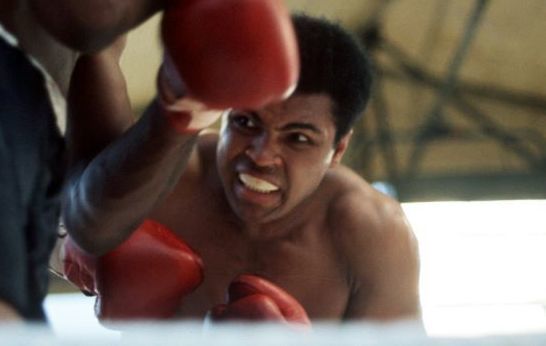 Muhammad Ali during his fight with Al Lewis in Croke Park. Getty

Muhammad Ali may be one of the greatest and most recognizable figures in the history of boxing, but one Irishman from County Fermanagh claims that he humbled the heavyweight champion in his own backyard.

Tyrone Monaghan told the Sun in 2020 that he defeated Ali in a sparring session in 1983 at the age of just 17.

The unlikely story was borne out of an equally unlikely friendship between Ali and Monaghan's father Paddy.

A bare-knuckle boxer, Paddy Monaghan sympathized with Ali when US boxing authorities stripped him of his license and his titles because he refused to fight in the Vietnam War in the 1960s.

The Fermanagh native launched a petition to get Ali's license reinstated, which accumulated more than 22,000 signatures. He later wrote to US President Richard Nixon to intervene in Ali's case.

Ali reportedly visited Monaghan and his family in his Oxfordshire home on more than occasions and the Fermanagh man was in Ali's corner for his 1974 victory over Joe Frazier in Madison Square Garden, which takes us to the unlikely bout between Ali and Tyrone Monaghan in 1983.

The Louisville Lip visited the Monaghan family home in Abingdon, Oxfordshire, where he was greeted by a small crowd of adoring local residents.

Once inside, he asked the 17-year-old whether he would like to do some sparring.

Tyrone Monaghan understandably jumped at the chance to lock horns with the greatest and donned a pair of red boxing gloves for the occasion.

Ali, for his part, proposed a forfeit - that the loser would have to sit on a rubbish-strewn thrash can in the corner of the garden.

There were no rounds and the first one to give up would be the loser, according to Tyrone Monaghan.

He told the Sun that he managed to land a few punches on Ali, who landed some of his own in the five-minute fight.

So, it seems like Ali's humbling defeat was more likely some playful banter or a way of boosting a young fighter's confidence, but it still speaks volumes about the boxer's charisma and character.

For Tyrone Monaghan, it is a claim to fame and something that he will never forget.

"Oh, it was fantastic," he told the Sun. "To be honest, with the exception of the births of my three daughters, sparring with Muhammad Ali was the greatest day of my life."