The famous Chicago May, Irish Queen of crooks

The story of Chicago May, the Irish-born international criminal is astounding from her criminal youth to her death as a prostitute. 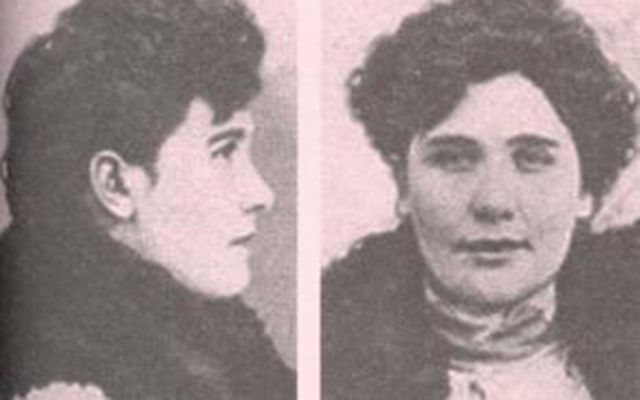 Chicago May, one of Ireland's most infamous criminals who perfected the use of a camera in blackmail.

Chicago May, Queen of the Crooks, is one of the most infamous criminals to ever come from Ireland.

The story of Chicago May, from stealing from her parents as a teenager to her death while working as a prostitute, is an astounding tale worthy of one of the most infamous criminals to ever say they were Irish-born.

Operating across two continents, with a wake of robbed and infuriated men left behind her, Chicago May, born Mary Anne Duignan in 1871, tried everything from marrying for money to blowing up a bank to make herself rich but eventually ended up back at her humble beginnings.

A minor celebrity in the British tabloids for her scandalous exploits, she boasted relationships with some of the biggest names in Irish America’s criminal underworld and is something of a celebrity in the world of criminology. Her explosive memoirs published not long before she died were a revelation into her criminal past and could easily be mistaken for fiction for the jaw-dropping antics they contain.

Her explosive memoirs, published not long before she died, were a revelation into her criminal past and could easily be mistaken for fiction for the jaw-dropping antics they contain.

Her story begins when Chicago May fled Ireland for England

The Irish Queen of Crooks, Chicago May.

Chicago May’s story first takes her to Liverpool where she flees after stealing her parents' life savings aged 20 and running away from her home in Co. Longford. Buying a ticket for herself with the stolen money to the United States, she wasn’t long in Chicago before she found herself involved with the criminal underworld.

One such figure she got involved with was Dal Churchill who would have her perfect the tricks of the trade that led to a long-lasting life in the criminal world. While she courted several mobsters and gangsters, it was an aristocrat and Army Officer who finally brought her the lifestyle she desired but not for long. With her eyes only on the man’s money, it was just a few short months below a divorce was filed for and she made off with a $10,0000 (a very significant figure in the early 20th century).

With schemes such as this, as well as a job at a theater so as to scope out her next rich victim, Chicago May eventually came to the attention of the police and a warrant was issued for her arrest.

During her time in Chicago, however, she is believed to have mastered the art of using a camera in blackmail, seducing her mark while another took photos.

Fleeing to London initially, Chicago May was to fall for an Irish mobster named Eddie Guerin in Paris when she visited the French city on 1900 for the World’s Fair. Of course, the Irish woman was only attending the event with the intention of stealing as much as possible from the other rich attendees and so Gerin, who himself was a notorious criminal appearing in the arrest records of several countries, could not have been more perfect a match.

Together, the criminal pair hatched a plan to target the offices of the American Express Company in Paris and using explosives, they blew open the safe. Guerin was caught and imprisoned for the crime, however, leaving May to flee Paris once more and return to London with the hopes of gathering the money to pay for Guerin’s release.

All seemed rosy (apart from his imprisonment, of course) until May also spent a spell in prison for forging documents to instigate Guerin’s escape. After this, the Irish woman decided to no longer spend her time attempting to have Guerin released.

She struck up another relationship with a man known as Charley Smith and it should come as no surprise that Guerin was less than impressed with May’s disloyalty once he heard about the new relationship from his prison cell in France.

Making his escape from a French penal colony and making his way back to London in 1907, revenge was the only thing on Guerin’s mind for the disloyalty that May had shown him. Before he can act on his revenge, however, Smith beat him to the mark, shooting the Irish mobster in Russell Square.

Unfortunately, they could not have picked a worse place to carry out their crime and both Smith and May were arrested for the shooting of Guerin in broad daylight in front of two uniformed police officers.

Our Queen of Crooks served ten years of hard labor for the attempted murder before she was deported back to the US and left to ply her trade as a prostitute.

In late 1928, she compiled her memoirs in a remarkable account of her life named “Chicago May Her Story: A Human Documentary by the Queen of Crooks” which chronicled how she progressed from a teenage robber to an attempted murderer.

Chicago May would die a few months later in 1929 but not before her story could go down in history as one of the most infamous in Irish and Irish American history.

Who do you think is the most infamous Irish criminal? Let us know in the comments section, below.