Drive back in time through 1970s Dublin with this rare video

Two 1976 Dublin men took to the city center streets with a video camera strapped to the car. 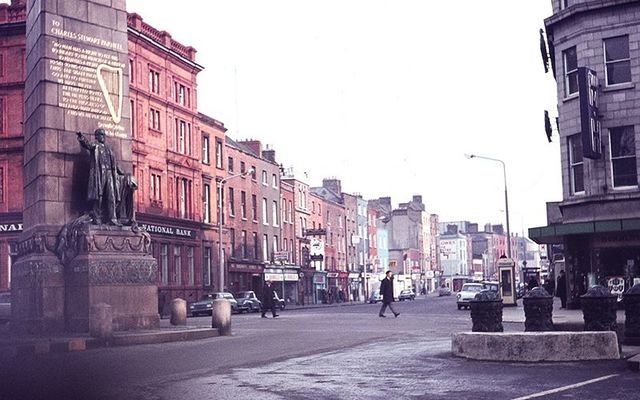 Any noticeable differences between Dublin in the late 60s-70s and Dublin today? National Library of Ireland on The Commons

On September 4, 1976, two Dublin men took to the city center streets in a Mini Moke car with a Canon camera strapped to the side and filmed their way through Dublin town.

Have a look at this vintage video as they drive down Grafton Street and up Dame Street - where you can see the Central Bank of Ireland still being built - past Trinity College Dublin and up to the top of O’Connell Street.

The city hasn’t changed a huge deal it seems, aside from the lads in bellbottom flare pants and old school cars. O’Connell Street looks just as busy, the double decker buses still aplenty, and TCD just as glorious.

Do you notice any big differences between Dublin 1976 and Dublin today?