Bronze Age shipwreck found on shore of Mayo after storm

Previously scarcely visible below the sand, now a wreck has emerged following harsh weather over the winter months. 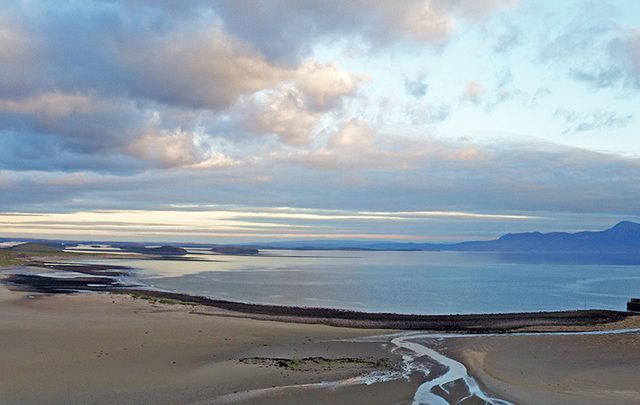 An ancient shipwreck on the Mayo shoreline has reappeared thanks to coastal erosion.

The wreck close to Killary Harbor on Tallaghbaun beach was almost entirely submerged below the sand until recent winter winds and tides re exposed it.

Archaeologist Michael Gibbon told the Irish Times he believed the ill-fated ship could have been sunk as long ago as the Middle Ages.

There are 300 known wrecks of the coast of Ireland and west is replete with them on account of its often-treacherous seas.

The most famous ship with an Irish connection to ever sink was of course the doomed RMS Titanic but possibly the most consequential was the Lusitania. The Lusitania was sunk in 1915 11 miles of the coast of Cork by a German U-boat - killing 128 out of the ship’s 139 passengers. The incident very nearly brought the United States into the war two years early but - much to Britain’s dismay - Washington decided to let the incident go.

The deaths of 19 members of a 20-man crew off the coast of Arranmore Island, County Donegal is a tragedy remembered and commemorated to this very day by locals. The boat was carrying several returning emigrants who’d been in Scotland picking potatoes hit the rocks shortly after leaving the harbor in mainland Donegal. 12 of the casualties were under the age of 30.

Other wrecks have less tragic histories associated with them and have even become local tourist attractions. MV Plassy was caught up in a terrible storm off the Galway’s coast in 1940. She ran aground Inisheer island and all members of her crew survived. Today the wreck can still be seen and is considered an important part of the island’s heritage.