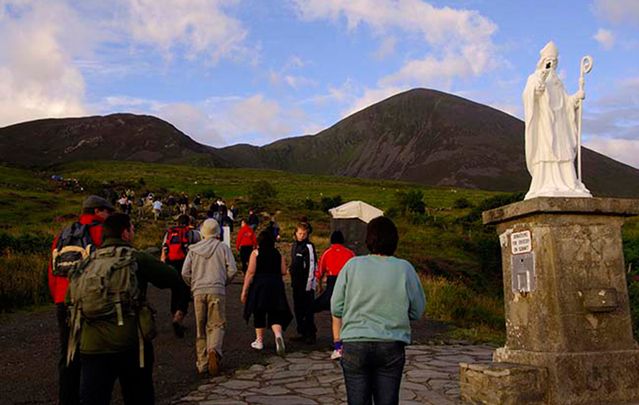 A rare sample of megalithic engraving or prehistoric ornamentation was found on the pilgrimage route to Croagh Patrick, in County Mayo in 2015. Archaeologist Michael Gibbons said the “rock-scribing” is similar to that found in Lough Crew, County Meath, and is only one of two rock art samples of its kind identified west of the Shannon.

“Rock art is more frequent in the southwest, in Donegal, and in Wicklow, but is very elusive in the west,” said Gibbons.

The panel, which has spiral engravings, was found by Gibbons and Michael Moylan of Ardmore, County Galway, during field work they were doing for a series of education programs for Connemara Community Radio in 2015.

The panel was hidden behind the outcropping at the Boheh townland known as St Patrick’s chair, which has around 250 petroglyphs on its surface. Gibbons said the site dates back nearly 5,800 years.

The Irish Times reported that the carvings may have been inspired by the “rolling sun” phenomenon, where the setting sun appears to glide down the flank of Croagh Patrick during the months of April and August.