How glamorous was Galway in this 1957 tourism video?

Galway old and new is captured in glorious color in this 1957 tourism film. 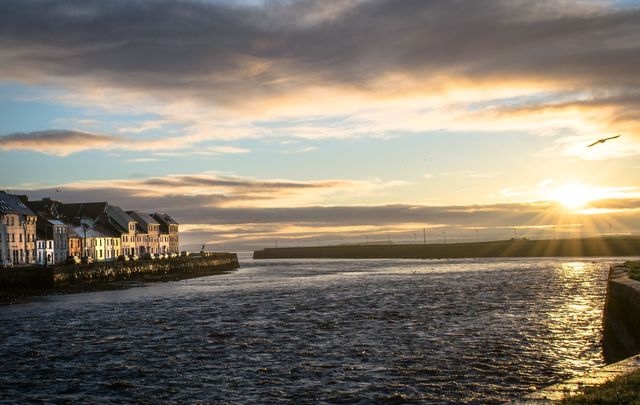 A picture of Galway Harbor in Ireland at sunrise. Getty

Galway old and new is captured in glorious color in this 1957 Bord Fáilte (now Fáilte Ireland) tourism film produced and directed by Colm Ó Laoghaire. You won't want to miss this glimpse of old Galway.

We’ve always known that Galway is glam but now we have proof with thanks to this great 1950s tourism reel held in the Irish Film Institute’s Bord Fáilte Film Collection.

Situated on the west coast of Ireland, Galway is one of the largest cities in Ireland and boasts a complex history dating back to medieval times.

The film highlights the city’s many wonderful historic buildings and points of interest such as market days, picturesque thatched cottages, the Taibhdhearc Theatre, the Galway Blazers hunting club and the electric atmosphere at the world-renowned Galway Races.

With kind permission of Fáilte Ireland:

When is the last time you visited Galway? Let us know in the comments section, below.

Read more: National Geographic has named this county as a ‘best trip’ for 2019