The scar under her arm or her infectious loving laugh. What I’ve learned about my ancestors from family tales. 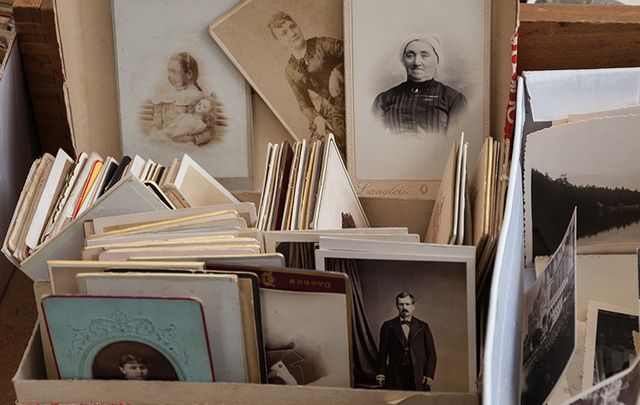 Learning tales and details about my Irish ancestors that I wouldn't find online. iStock

Was it the melancholy learning about a childhood friend’s sudden unexpected death?  Was it a cousin’s email announcing a trip to Ireland? Was it an unexpected phone call from a longtime friend? Whatever the prompt, I decided to research my roots and was amazed at the multitude of on-line resources devoted just to this.

It began with a simple family tree, with dates and birth places, then a detailed genealogy report listing health issues/religious beliefs/important events, Y-chromosome test, obviously for males, to confirm paternal lineage, and then on to a mitochondrial DNA or mtDNA test, for both males and females, to examine the maternal line. The last on the list is a test to examine both the mother and father’s lineage in terms of five world categories: Indigenous American, European, East Asian, India Subcontinent and West Sub-Saharan African.

With so many options, how does one decide the best approach? Of course, accuracy is important, but simply researching factual names, birth dates, birthplaces, number of siblings, educational backgrounds, marriages, dates, locations and reasons for deaths can be rather sterile.

Sure, research identifies my grandmother as Margaret Meara. But, I wouldn’t know her nick-name was Maggie.  Research confirms Maggie was baptized, in 1885, from the Parish of Lorrha, in the Diocese of Killaloe, Ireland.  But, I still wouldn’t know Maggie belonged to a warm, loving, deeply Catholic family who loved to sing, dance, and pray.

Research verifies Maggie was the fifth child of 11 siblings. That information wouldn’t endear her to me without also knowing Maggie, at the age of 12, painfully acquired a large scar.  While helping with the family laundry, scolding hot water accidently splashed on the underside of her left arm.

While raising her tired arms as a gesture of love to her adult children, Maggie’s very same childhood scar was clearly visible. Additionally, Maggie’s grandkids were downstairs laughing and playing games. I was there but don’t remember it. One of Maggie’s adult-children said to quiet the children. Maggie hushed the well-meaning adult-child with “It’s good to hear the children laugh.”

So, how did a young Irish Maggie arrive in America circa 1901? A plethora of research exists on the Irish immigration to America in the early 1900s.

Although the Great Hunger receded in 1850, the effects of the famine continued to spur Irish emigration into the 20th century. Still facing poverty and disease, the Irish set out for America where they reunited with relatives who had fled at the height of the famine.

“After the Great Famine struck the potato fields of Ireland in the 1840s, Irish immigration to America took on a strikingly different character. The young people of Ireland continued their mass exodus to other lands of opportunity.  For most Irish emigrants, departure for America would be preceded by a gathering of friends and family.  It was called the American wake, because so often those left behind would be saying their final goodbyes.”  - PBS.

“While there were many reasons to immigrate to America, no reason could be found for what would occur only five years after the Ellis Island Immigration Station opened. During the early morning hours of June 15, 1897, a fire on Ellis Island burned the immigration station completely to the ground. Although no lives were lost, many years of Federal and State immigration records dating back to 1855 burned along with the pine buildings that failed to protect them. The United States Treasury quickly ordered the immigration facility be replaced under one very important condition: all future structures built on Ellis Island had to be fireproof. On December 17, 1900, the new Main Building was opened and 2,251 immigrants were received that day.”  - LibertyEllisFoundation.org.

Experiencing true Irish American immersion and assimilation goes far beyond facts in a textbook or sources on a website. At the age of 14, Maggie’s family made arrangements that she would join cousins in American, get a job and send money back home to help the family’s financial struggles.

Maggie arrived at Ellis Island, was greeted by cousins, brought to Philadelphia, lived with relatives and did get a job as a “domestic.” Heartbroken to leave her family, Maggie vowed never to return to Ireland. Still loyal, Maggie sent money to her family, but never did return home.

I don’t remember Grandmom, but, I know so much about her:  she prayed often to her God, loved to sing and dance, had an open-door policy that anyone, anytime could always come to the house for a cup of tea.

I know her laughter was infectious, and that her personality was alive, outgoing, gleeful. No search engine, intensive research, even a trip to Ireland, could give me the intimate feeling of truly experiencing and celebrating Margaret (Maggie) Meara Fitzpatrick.

* Maryanne J. Kane, Ph. D, received her doctorate in Music Education from Temple University and has 30-plus-years teaching in various elementary settings: parochial, private, and public in the Philadelphia and Delaware County areas.