From spellings to origins, some top facts about Irish names. 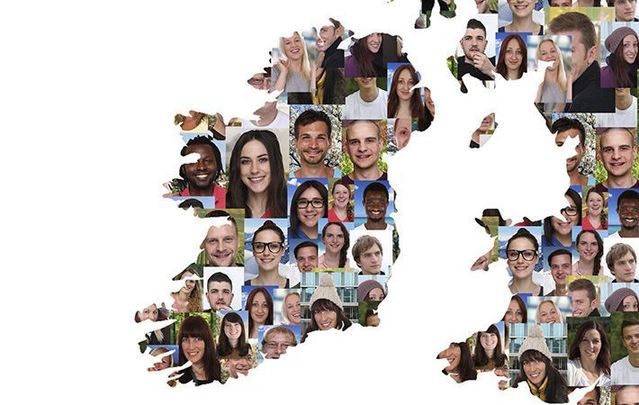 From Mcs to O's, Irish surnames are famous around the world. Here are 12 of the most interesting facts about them that you probably didn't know!

Irish names were among the first in Europe

Ireland was one of the first countries in Europe to use last names/surnames/family names. Up until the 10th century, last names were not always passed down from generation to generation but were patronymic, meaning they were based on the name of the father and added after the first name.

The oldest surviving evidence of surname use in Ireland comes from 916 AD, in a report of the death of the lord of Aidhne, Tigherneach Ua Cleirigh (or Ó Cleirigh in modern spelling).

As mentioned, surnames were not always passed from generation to generation in Ireland, but a father’s name was placed after his son’s. Some of Ireland’s most common surnames stem from this system. For example, the use of “Mac,” meaning “the son of,” plus the father’s name became common around this time.

These surnames, such as McGrath or McKenna, were in general use in Ireland by the late 1100s but were still not necessarily family names yet. Warfare among different tribes and families was still widespread and in the event of a different clan taking over the land, the local population would often adopt the name of the new family to show an instant loyalty to their new leader.

The practice of Englishmen taking Irish names was once banned

After the Norman invasion of Ireland in the 12th century, a watershed period of time in Irish history that marks the beginning of English involvement in Ireland, Norman lords settled in Ireland and gradually became more integrated with the Irish people and their customs. Such was the extent of the integration, and the growing independence of these lords from their English rulers, they even began to take on Irish names and spoke Irish. Greatly concerned by this, the English government passed a law in the 14th century that required all Englishmen in Ireland to have English names and to speak English.

Having O or Mac in your name led to prejudice

A family name beginning with “O” or “Mac” is a telltale sign of Irishness. Although this would almost always be considered to be a good thing now, it has not always been the case. As English intervention in Ireland increased through the centuries, especially during the plantations, having an Irish-sounding name in Ireland became increasingly problematic. During the 17th century, an Irish name could make it difficult for someone to find work. As a result, many people dropped the O or Mac from their name in the hope of avoiding that prejudice.

And once taken away, they never returned

Although some families began to reinstate their Ó and Mac prefixes from the 1800s (sometimes inaccurately), not all did, the most famous example of which being Murphy. Ó Murchadha was the original form of the name, but O’Murphy never came back.

Mac and Mc are essentially the same

Both “Mac” and “Mc” are prefixes that come from the Irish word “mac” meaning “son.” As surnames were Anglicized, the ‘a’ was gradually lost in some names.

Irish surnames beginning with “O’” are still among the most common

The way in which your last name was spelled was not always a priority, with members of the same family often spelling their surname in different ways. You can come across many examples of this in public records and even immigration records, but one extreme case is that of a gravestone where six different versions of the same name can be found, a different version for each one of the family members buried there.

Information compiled with the help of "Hello My Name Is: The Remarkable Story of Personal Names" by Neil Burdess, published by Sandstone Press and available for purchase here.

A brief history of the Irish surname Casey