Are you of Irish descent? Now is the time to get your Irish Citizenship

As Irish immigration to the US slowly decreases, it is important to secure your Irish Citizenship in order to preserve the right for future generations.

In Partnership With:
Gibson & Associates Solicitors 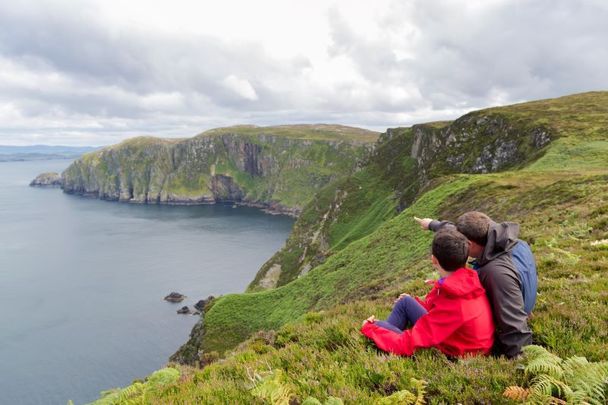 Irish people accounted for one-half of immigrants who arrived into the US in the 1840s, in large part due to the Great Hunger that forced millions to leave Ireland behind.

Ever since then, except for when Ireland entered a recession in the 1980s, immigration to the US from Ireland has slowly decreased.

While roughly 10 percent of the US still claims Irish ancestry today, the downward turn in Irish immigration to the US means that it is likely that Irish Americans are, generationally speaking, becoming further removed from their direct link to Ireland, and in turn, their right to obtain Irish Citizenship.

People with an Irish-born parent are automatically entitled to an Irish passport.

People with an Irish-born grandparent are also entitled to an Irish passport, but need to show documentary proof of their Irish descent.

For people with Irish-born great-grandparents, there is no automatic right to Irish Citizenship. Instead, applicants must rely on Ministerial discretion for some of the requirements to be waived.

This process is completed by demonstrating strong links with Ireland or by ‘association,’ as it is known. These types of applications have been successful in the past, but are inherently more risky than the other applications as there is no automatic right. Each case is different and must be assessed on its own merits and Irish associations must be shown.

Recently, a publication from the Ministerial office in Ireland outlined guidance in relation to Irish Citizenship by association (or through great-grandparent) which recommends that the individual is expected “to have a reasonable period of lawful residence in the [Irish] State - generally around 3 years, to show they have some substantial and tangible connection with Irish society and the State.”

If the minister decides to push through on this guidance, it would make it more difficult for thousands of individuals who seek to obtain Irish Citizenship.

Recently, Edinburgh woman Ann Fauld sent a letter to the Irish government asking that the automatic right to an Irish passport be extended to a great-grandchild. She claims that in the UK, "the next generation of great-grandchildren have no such right, yet their need is now so much greater.”

Fauld wrote: “I asked to try to remedy some of the harm caused by the policy of the U.K. Government to pursue Brexit, conscious of the irony that U.K. Government policy in the late 19th and early 20th centuries would, to some extent, have contributed to the scale of Irish emigration, when my grandfather left, in poverty, to endure the hardships of any migrant community.”

With this in mind, it’s advisable for the Diaspora to lobby for the right to extend automatic Irish Citizenship to great-grandchildren of Irish emigrants.

Anyone with an Irish grandparent would be well advised to make their Irish Citizenship application now -  if it is completed before their own children are born, they can then pass on Irish Citizenship.

Would you like to know more about applying for Irish citizenship? Irish solicitor group Gibson & Associates believe that everyone's personal history is unique and so they make sure to match each client with the perfect representative from their friendly and specialized team.

Once the client and their solicitor have discussed their options around Irish citizenship, the Gibson & Associates team will manage the entire application process, making sure it’s quick and hassle-free.

Gibson & Associates Solicitors also specialize in moving to Ireland, so if you've always dreamed of living on the Emerald Isle, they're the professionals to make it happen.

For further information, you can contact Gibson & Associates via email at visas@gibsonandassociates.ie or by phone at +353 (01) 8723143. Alternatively, you can visit their website at GibsonandAssociates.ie and learn more about their Irish Citizenship for Descendants of Irish Nationals services.